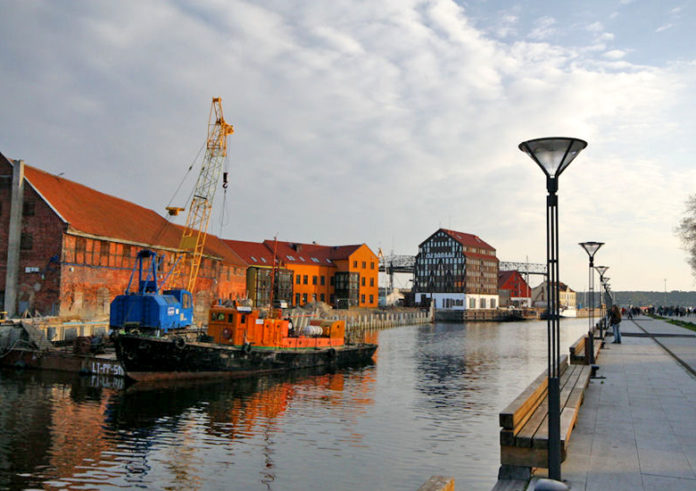 Klaipeda is Lithuania’s third largest city, located in the north-western corner of the country. It is the gateway to the Curonian Spit, a stretch of sand dunes 99 km in length from 400 m to 4 km, in breadth that arcs down to the Kaliningrad region of Russia. Understand :  It was founded by Baltic tribes, and the city and castle was built by the Teutonic Order in 1252 and named Memel in honor of the river of the same name some 40 km to the south. For most of its history, Memel was part of Prussia and large battles with Lithuanian lords took place here. Invasions came from Sweden and Russia and the city was part of the Prussian Kingdom and became a prosperous harbor town.

It represented the northernmost city in Germany and Prussia until 1918. After Germany lost the First World War, Memelland was first given free city status and then subsequently annexed to the newly established Republic of Lithuania. The Weimar Republic partly encouraged this annexation as it feared French influence on the League of Nation administration over the former German territory, which still bordered East Prussia, at the time a German exclave. It was briefly reabsorbed by Nazi Germany before World War II and then reverted to Lithuania (the Soviet Union) in 1945. Since Lithuanian independence in 1990, Klaipeda has become one of Lithuania’s most buoyant cities with a steadily growing tourist trade.

Access : Coordinates: 55.75, 21.166667 / By ferry :  Port of Klaipeda. The port is one of the most important in Lithuania and sees ferry service from Sassnitz (Rugen, Germany), Kiel and Karlshamn, Sweden. It also handles a lot of freight and used to be an important link for railway ferries from the GDR to the USSR

By plane :  Palanga International Airport (PLQ IATA). This airport is the closest to Klaipeda but it only has a limited and highly seasonal assortment of destinations. Regular destinations include Copenhagen, Riga and London / Other airports :  Kaunas Airport (KUN IATA). Vilnius Airport (VNO IATA). The capital’s airport, served by its own railway station is much busier than the other options and offers far more connections.

By bus :  Bus Station, Butku Juzes g. 9 (near the railway station),  +370 46 41 15 47, e-mail: tarptkasa@klap.lt. Direct service throughout Lithuania and even into neighboring Kaliningrad Oblast (Russia) and Latvia. By train :  Klaipeda railway station. is served by the national railway several times daily from Vilnius (~4 hours) Trains aren’t all that fast, but the tickets are affordable. The station opened in 1875 and was built by Prussia with parts of the original station still remaining.

A bus departs from the Smiltyne old ferry terminal every two hours, a few minutes after the ferry arrives from Klaipeda. It’s possible to take a bike on it for an additional charge.
By taxi : Taxi trip per 1 km ~€0.29.
By ferry :   Old ferry terminal this ferry takes passengers and cyclists to the other side (Smiltyne) in a few minutes. It usually runs at least every hour, all year round. During summer there’s also a service to and from Nida.
New ferry terminal the ferry from the new terminal a little south from the old one also takes vehicles to the other side.
By bike : Du ratai bike rental is located near the old ferry terminal and rents bikes from €12 per day. Bikes are especially easy because they can be taken on the ferry to get around the Curonian Spit, which has a bike lane running along almost the entire length.

Attractions : Klaipeda is known for its main icons: sculpture Annchen von Tarau, located in theater square, old sailing ship Meridianas (there was a restaurant inside). There are also lots of small sculptures (sculpture of mouse, dog, dragon, chimney sweep, post pigeons and others) hiding in the old town. There are several museums. The most popular include the History Museum of Lithuania Minor, the Klaipeda Picture Gallery, the Marine museum and the Clock museum. Klaipeda’s old town is small but interesting. Anika Square has a balcony where Adolf Hitler addressed a crowd. Legend has it that Hitler was annoyed because the statue depicting “Anike” of the Lithuanian folk tale was not facing him, so he had the statue removed. A replica is now in its place.
Lithuanian Sea Museum and Delphinium, Smiltynes st. 3..
The Castle Museum, Pilies st. 4..
The Blacksmith’s Museum, Saltkalviu st. 2..
The History Museum of Lithuania Minor, Didzioji Vandens st. 6..
Clock Museum, Liepu st. 12..
P. Domsaitis’ Gallery, Liepu st. 33

Activities : If you like nature, visit the Curonian Spit, which is only a couple of minutes by boat from the old ferry terminal (New ferry terminal for vehicles). In the summer ferries run every 30 minutes, from 06:00 till midnight. In other side (Smiltyne) you can visit the sea museum, ethnographic fisherman farmstead, take a walk on the pier, see the white sand beaches or just take a bus to Juodkrante or Nida (they are located 18 and 50 km from Smiltyne to the south). Renting a bicycle and cycling to Juodkrante is a nice day trip. The forest is magnificent.

When coming from or staying in Klaipeda, it’s possible to rent a bike there, take the ferry to Smiltyne, catch a bus to Juodkrante and return by bike. See the get around section.
Beaches : There is a big and wide sand beach at Smiltyne (at the Baltic Sea side), full of locals and tourists in the summer. The beach runs almost along the entire length of the Spit. Giruliai and Melnrage beaches are at Northern Klaipeda, big and popular places to visit. The water is clean and warm in summer. 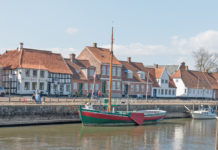 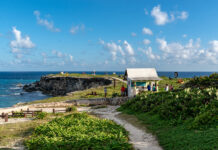 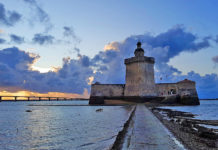 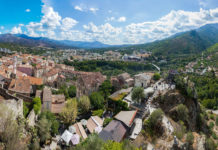 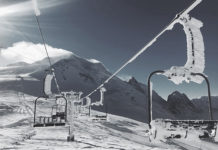