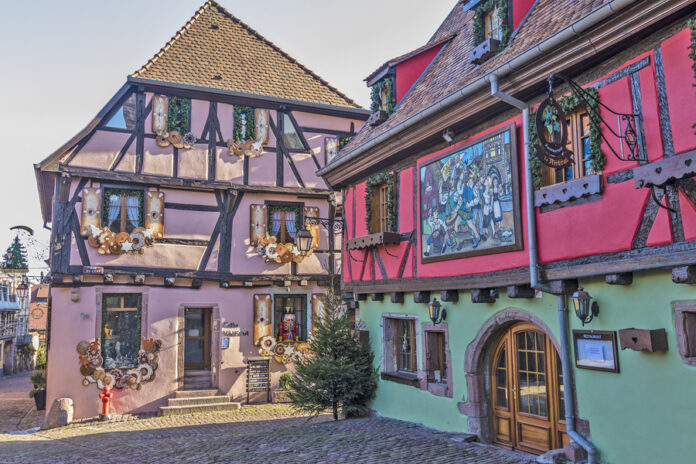 Riquewihr is a picturesque village in the Haut-Rhin department in the Grand Est region,Alsace ,France.
Riquewiere, located in the heart of the Alsace vineyards, is an important stop on the wine route.
Since the Middle Ages, Riquewihr has been one of the centers of the local wine trade with a specialization in Riesling. The appearance of the village has changed little since the 16th century, when the rulers of the Wurttemberg House built a castle and a number of other structures here.

Today ,is a popular tourist destination due to its historical architecture Riquewihr was classified as one of the Plus beaux villages de France (most beautiful villages in France) due to its intactly preserved cityscape from the 16th century and in the tourist route “Wine Route of Alsace”.
The important old town from the 16th century, including the fortifications, has been almost completely preserved. The half-timbered houses nestled close together attract many tourists, it is one of the most visited cities on the Alsace Wine Route.

Access : Coordinates: 48.1672, 7.2978 / By train : The place does not have a train station. The nearest train station with a TGV stop is in Colmar. / By bus : A 106 bus connects the town with Colmar via Beblenheim and Bennwihr every 4 hours./ by car : Riquewihr is 3 km from Hunawihr where the stork park is located, 5 km from Ribeauvillé, 5 km from Kaysersberg, 13 km from Colmar and 70 km from Strasbourg.

Go next :  Kaysersberg / Ribeauvillé / Bergheim / Colmar, a city in Alsace / Strasbourg , the capital of the Grand-Est region of France / Sélestat , located 35 minutes from Strasbourg. 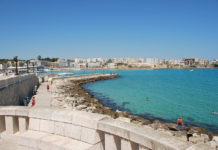 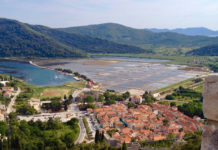 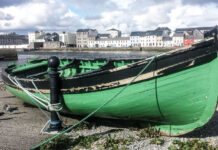 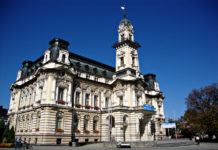 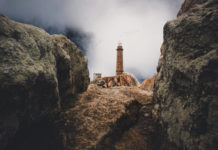 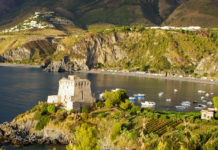