Saipan is the largest island in the US Commonwealth of the Northern Mariana Islands ( The Commonwealth of the Northern Mariana Islands  is a territory of the United States in Micronesia, visited mainly by tourists from East Asia- in the western Pacific Ocean. ) located in the western Pacific Ocean.Saipan is 23 kilometers long and 8 kilometers wide. The most concentrated areas and the best beaches are in the west and south of the island.

Saipan was ruled by Spain from the 16th to the 19th century, and the Chamorro people of the Mariana Islands were once forced to move to Guam by Spanish colonists. By the time the Chamorro people were allowed to relocate from Guam,After the Spanish War in 1899, Spain was defeated. The United States occupied and bought Guam from Spain, but it was not interested in other islands in the Micronesia.
Spain sold the islands such as Saipan to Germany before withdrawing from East Asia. On June 15, 1944, the US military landed from the southern tip of the island, and fought with the Japanese for three weeks. Finally, it defeated the Japanese army and was known as the “Battle of Saipan.” Hollywood once used the “Windtalkers” to bring this campaign to the screen.

In 1947, the United Nations authorized the establishment of the Trust Territory of the Pacific Islands, governed by the United States and headed by Saipan. In 1962, the Mariana District residents in the trustee voted for a proposal to merge with Guam, but the Guam Chamorro people still hated the Saipan Chamorro wartime assistance to the Japanese rulers. The proposal was rejected in Guam.

In the early 1970s, the United States and the United Nations accepted the request of residents of the Mariana district and negotiated with the United States alone from other areas of the trusteeship. In 1975, the two sides signed a covenant. In January 1978, the “Northern Mariana Islands” was established, and an autonomous government was established. In November 1986, it became a US territory. Aboriginal people and later born in the state were all American citizens.

Saipan, the largest and most developed of the Northern Mariana Islands, Saipan is a great place for lovers of outdoor activities diving, surfing, fishing.

Access : Coordinates: 15.183333, 145.75 / Saipan International Firoport, If you are flying from the Eastern Hemisphere, it is best to fly to the Mariana Islands via Japan or South Korea. The flight time from Tokyo is 3.5 hours, from Seoul – 4.5 hours. There are no bus routes from the airport, so when booking a hotel you need to order a transfer service, rent a car or take a taxi. 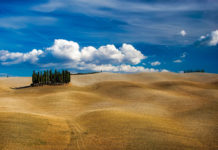 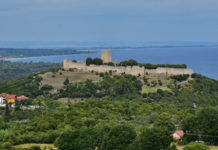 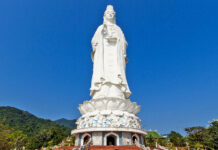 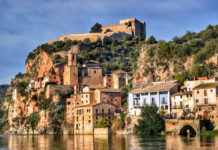 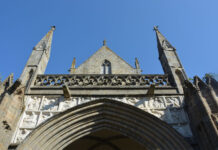