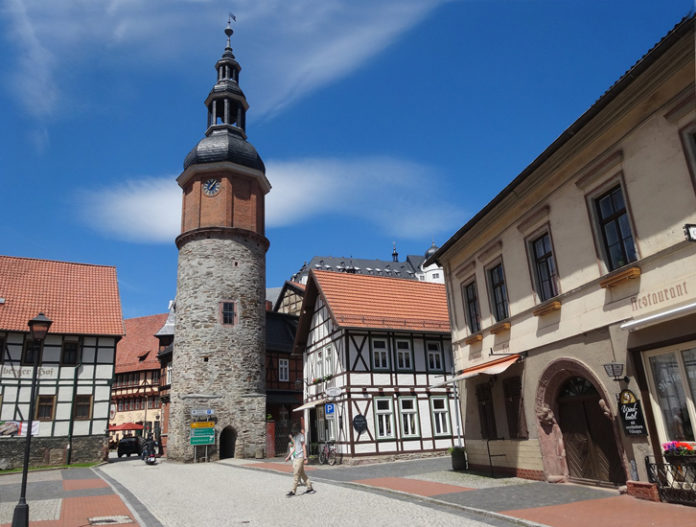 Stolberg in the Harz is a health resort in the state of Saxony-Anhalt . It has a bit over 1500 inhabitants and is located 300 m above sea level. It is known as the ‘pearl of Southern Harz . Understand : The town of Stolberg was established in the year 1000 as a settlement for miners, mining in the area can be traced back to the year 794, where they used to mine for iron, copper, tin, silver and gold. However this was discontinued in the 17th Century. On 2 May 1525 a rebellion took place under the leadership of Thomas Muntzer, this was known as the German Peasant war. They invaded the city and forced Count Botho of Stolberg to accept their demands, all demands were reversed shortly after. The town was awarded to the Kingdom of Prussia in 1815, subsequently the town was administered in the Prussian Province of Saxony. The half timbered houses which were designed in the Renaissance style can be dated back to the 15th Century, for this reason Stolberg was named the “Historical City of Europe” At the beginning of the 20th Century tourists started to visit the town, which then became a resort in 1946

The Old Town House, Rittergasse 14,  +49 34654-85955. Is an original half timbered house where you can see what living conditions were like in 1470.
Stolberg Castle, Schlossberg 1,  +49 34654 85888, e-mail: Helga.Junge@denkmalschutz.de. The castle stands on a sloping hill, the older parts of the castle were built around 1200, the newer parts were built in the style of the Renaissance 1539-1547. The Castle, former home of the Prince of Stolberg-Stolberg. The castle is going through a renovation at present but sightseeing may be possible with a reservation, phone: +49 3946 810030 (Helga Junge)
Stolberg Rathaus (Town Hall), Markt. This timber building was built in 1454. The bottom half of the building was previously used as a trade house whilst the second floor was used as a school.
Coffee Museum, Rittergasse 77,  +49 34654 80941. Mon-Tue Closed Wed-Sun 14:00-17:00. There are around 250 items for you to enjoy and see how coffee was produced from around the world with the oldest piece coming from around 1815. Entrance Free €5 for ne piece of cake and unlimited coffee or €7 for 2 pieces cake and unlimited coffee.
St Martini Church, Am Markt. This church is considered one of the most important buildings in Stolberg. It was built in the 12th Century and renovated in the 13th Century in the Gothic style it is today. The organ was built in 1701/03 and has 1569 pipes. edit
The Kights Lane, Rittergasse. This is known as the Knights Lane due to the historical nature, it is a must, to walk down the road and be transported back to medieval times.
Thomas Muntzer Monument, Am Markt. The monument was created by Klaus Messerschmidt to mark the 500th birthday of Thomas Muntzer.

Events :  Winter Festival, Joseph’s Cross. Early February each year. Enjoy games and fun in the snow at the largest steal cross
Walpurgis Eve, Joseph’s Cross. 30 April each year. with theater, musicians, herb women, broom binders, witches and devils and a great final fireworks display.
Forrest festival, Joseph’s Cross. Last Sunday in July. Limburger tradition, folklore, cuisine, musicians and traders will be their to sell their crafts
Historic Town Festival, Am markt. Second weekend in August. Stalls with different crafts, craftsmen, entertainers and musicians.
European City Festival, Am Markt. Second weekend in September. Each year a city twinned with Stolberg is invited to the town where they enjoy cultural and culinary delights from that country.
Chirstmas Market, Am Markt. 09-11 Dec 2011. Fri 14:00-19:00 Sat-Sun 10:00-19:00. Various stalls to purchase locally made food and crafts. Lots of music and Christmas spirit Various prices depending on what you want to buy but entrance is free. 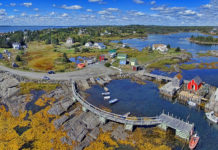 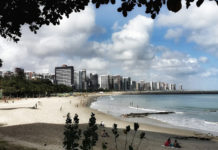 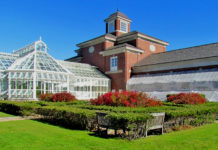 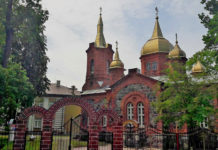 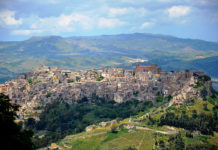 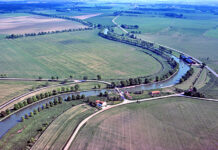