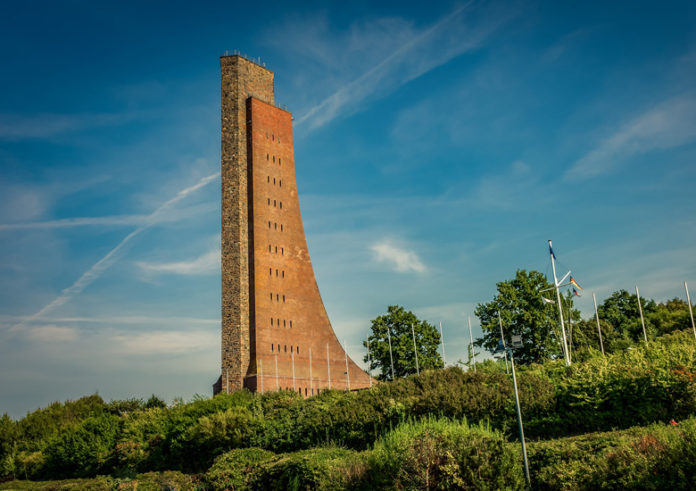 The memorial was erected between 1927 and 1936 and was originally to honor German marines who fell during World War I. Since 1996, the facility is reminiscent of all sailors from all nations who left their lives on the oceans. Today, Laboe’s marine memorial is an international peace monument and a museum visited by over 14 million people between 1954 and 2004. The 85-meter high tower of the monument is a well-known landmark and an example of expressionist architecture in Germany.

The navy of Federal Germany has, for its part, requested a separate place, which is at the entrance, for the memory of its sailors who “have died since 1955, fulfilling their duty” according to what is inscribed on the left, and for the civilian victims of disasters at sea, according to what is written on the right.

The U-Boat U-995 submarine is also exposed near the tower , It is the last surviving VII C submarine in the world. / underground memorial hall. The historic hall is home to numerous ship models. In addition to the marine and maritime exhibits / The heavy cruiser Prinz Eugen Propeller

Activities : Daily tours / sightseeing / photo opportunities / Swimming / Skating can be done from Laboe on a wonderful circuit / Biking along the coast / View from the Naval Memorial to the south on Laboe and the Kiel Fjord /