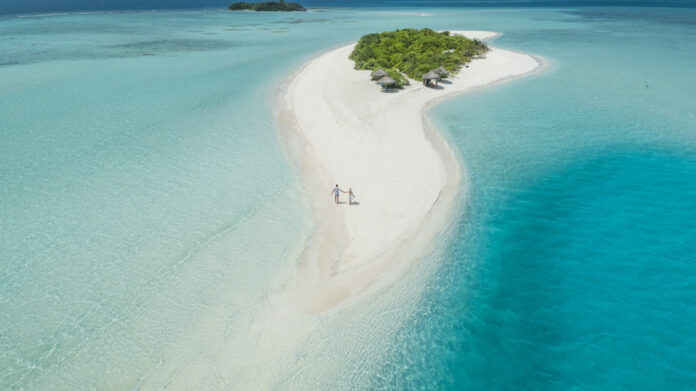 Alif Alif Atoll, or North Ari Atoll, is part of the administrative division of the Maldives. It includes the northern part of the natural Ari atoll, the small Rasdhukuramathi atoll and the separate island of Thoddoo.

In the northern part, in addition to the main atoll, there is a small Radsu atoll, and in the southern part, the capital Mahibadu. The atoll includes 70 islands, but only 18 of them are inhabited, and 25 are resorts.
The administrative center of Alif Alif Atoll is located on the island of Rasdhoo,Eight islands are inhabited, in addition to the administrative capital on the island of Rasdhoo  these are Bodufolhudhoo, Feridhoo, Himandhoo, Maalhos, Mathiveri, Thoddoo and Ukulhas. The district comprises a total of 33 islands.

Due to the relative proximity to Male Airport, Alif Alif is very well developed for tourism, like the entire Ari Atoll. There are well over a dozen hotel islands, including Kuramathi Island in Rasdhoo Atoll.
Alif Alif is known to be the most developed tourist area in the Maldives and home to the most beautiful dive sites in the country. Many island-hotels are located there.

Access : Coordinates: 3.866667, 72.816667 / Alif Alif is a subdivision of the Maldives made up of the northern part of Ari Atoll, all of Rasdu Atoll and the isolated island of Thoddoo. It is located sixty kilometers west of Male, the capital.

Go next : Male — the capital and largest city in population / Addu – also Seenu is the southernmost atoll in the Maldives. /  Hithadhoo.