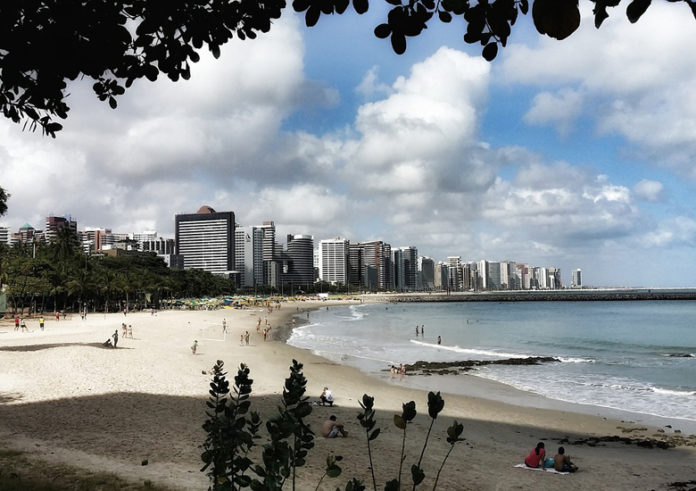 Ceara is a state in Northeast Brazil. certain regions have developed almost beyond recognition over the last 20 years, mostly from tourism and light manufacturing.

The population is closing in on 9 million, of which almost a third lives in the capital, Fortaleza. The coast is quite different from the inland. While the state features a range of nice beaches, including a few of countrywide fame, the only developed destination further in is Guaramiranga.

Other destinations :  Prea , wide open beach (12km) the most reliable kitesurfing playground on earth between mid. july to mid. january.
Ubajara National Park (Caves and Waterfalls in the interior of Ceara 5.5 hours West of Fortaleza)

Access : Coordinates: -5.08, -39.65 / Get around :  Good bus connection along the main highway, with Fortaleza as the obvious hub. Scarcer to smaller town, especially at night.
The only air travel worth considering within the state is to between the capital and Juazeiro do Norte.

Activities : Due to its constant breezes and otherwise stable climate, Ceara has slowly conquered the fame of Kite Surfing Paradise. Most of the coast is suitable, but the prime destinations are Cumbuco, followed by Flecheiras.