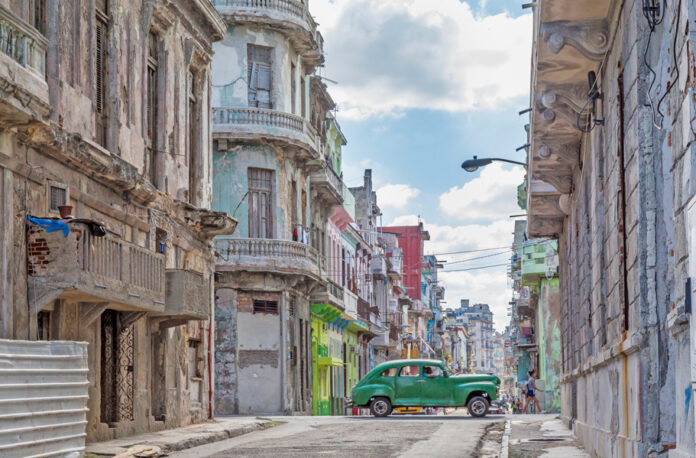 Centro Habana  is one of the fifteen municipalities of the city of Havana in Cuba.
The genesis of the Centro Habana municipality is closely linked to the founding of San Cristóbal de La Habana (between 1514 and 1519), whose privileged position aroused the greed of the European world, expressed in the constant attacks by corsairs and pirates.

In the third decade of the 20th century, architectural trends developed, such as ecclesiasticalism, art-deco, emerged in Europe, which were included in the country’s cultural treasure.
Currently crossed by roads of importance at the city level, such as Antonio Maceo avenue (Malecón), Calzada de Infanta, Salvador Allende avenue (ex-Carlos III), Simón Bolívar avenue (ex-Reina) and others that constitute part of the center of the city. Its shape is orthogonal.
Hispanic traditions are strongly maintained in the Hispanic communities. Chinese culture is also present. Its greatest expression is the Barrio Chino, where the culinary, artistic and martial traditions of this culture can be experienced.
Visitors can admire  the Beautiful architecture and of course the famous vintage cars.Havana is Cuba’s capital and has a very beautiful old town.

Go next : Malecón , a broad esplanade, roadway, and seawall that stretches for 8 km-5 miles, along the coast in Havana / The Old Town of Havana, ‘La Habana Vieja, a UNESCO World Heritage Site.