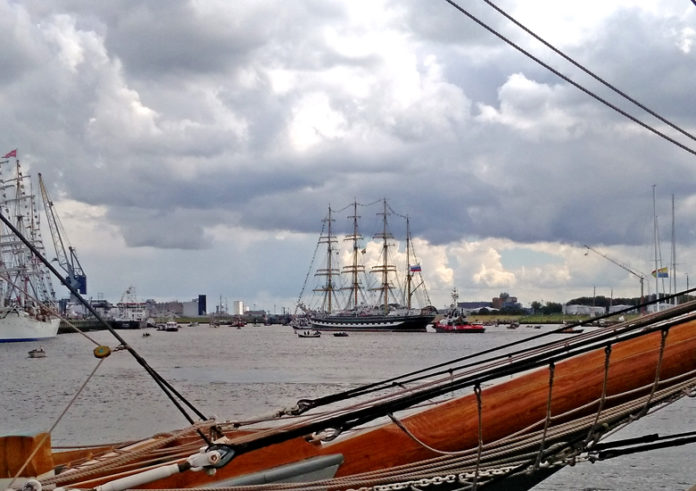 Delfzijl is a pleasant harbour city on the northern coast of the Netherlands.

It’s located in the north-eastern part of Groningen Province and is home to some 20,000 people. It’s not a major tourist destination, except when once every 5 years the town in turned into the bustling decor for DelfSail, a major maritime event attracting almost a million visitors who come to admire ships from all around the world. In other years, a much smaller but still fun event is held, called the Havendagen or Harbour days. Understand : The city has a large industrial area, a busy port, a tiny beach and a few attractions to entertain the (mostly accidental) visitors. The place is not recommended for a longer stay, but has plenty of shops, a few hotels and a well stocked public library with internet facilities. Delfzijl gained national notoriety in 2005 and 2006 because of political turmoil caused by its bickering local politicians. One of the last mayors to leave town in a hurry (Ms. Marritje Appel), bitterly denounced the city as “Sicily of the North”.

During the local elections of 2006 30% of all voters in the city of Delfzijl submitted an “abstain vote”.

Access : Coordinates: 53.333333, 6.916667 / There’s a train connection from Groningen, which leaves every half hour (€6,80, 37 minutes). It stops both at Delfzijl’s central station and at Delfzijl-West. The trains are operated by Arriva. There are also bus connections to and from Winschoten, Uithuizen, Appingedam, Groningen (city) and many hamlets and villages in the area. Good provincial roads lead to all directions:  N360 direction Groningen ,  N362 direction Winschoten , N997 direction Losdorp ,  N992 direction Woldendorp
The N33 leads to Eemshaven and (in the other direction) to Assen.
As a harbour town, Delfzijl is well reachable via water if you have your own boat. The main water ways are the large Eemskanaal and the smaller Damsterdiep, which is almost exclusively used for private boats. There’s a yacht harbour called “Het Dok” in the so-called “Oude Eemskanaal”.

In summer, there are daily ferry crossings (also for cars) to the German island of Borkum and the German town of Ditzum. Get around : The city centre and the harbour area are small enough to explore on foot. If you have a bike, that can be convenient if you want to head to the surrounding hamlets or are up for a bike tour along the coast. If you want to rent one you’ll have to inform at the tourist office however, as there are no regular bike rental companies in town.

Activities : Stroll along the sea side promenade, watching ships heading in or out. It offers fine views of the harbour, where there’s always something going on
If you’re here at the end of August or early September, you might be in time for the Havendagen, an annual maritime event attracting some 55.000 visitors.
Once in 5 years, the much larger DelfSail festival is held, bringing a lively mix of ships, music and side events to town. Almost a million visitors make the trip north, mainly to admire the impressive collection of historic and modern ships of all sizes.

Go next : There is a ferry service for people and bicycles (but no cars) to Emden in Germany. The boat runs only Wednesday, Friday and Saturday and only from May to September. Reservation is possible, but not necessary.