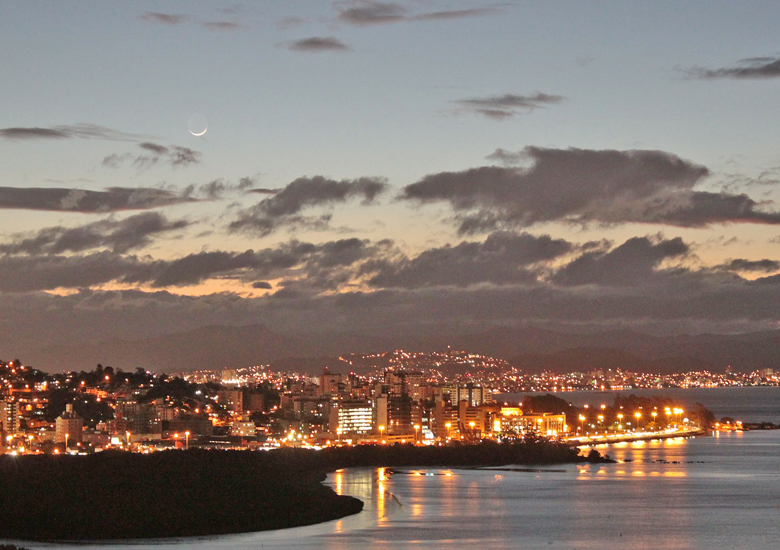 Florianopolis is the capital of Santa Catarina, in the Southern Region of Brazil.

About :  The city of Florianopolis has about 100 beaches, considered also the continental ones.  The beauty of this great diversity of beaches, mountains and Atlantic forest attract thousands of tourists throughout the year, especially during the summer, which makes it the 2nd most visited Brazilian city by foreign tourists (behind only Rio de Janeiro). In addition to holiday tourism, Florianopolis also attracts tourists to business, cultural, artistic, sports, professional events, symposia and conferences, which highlights the city as an important venue for national and international events.

Although part of the city is located on the mainland, most of Florianopolis’s attractions are on the island of Santa Catarina, which earned it the title of Island of Magic. The name of the city is also affectionately abbreviated to Floripa by many Brazilians.

Florianopolis is vibrant. Full of nightlife, it has innumerable options for nightlife, from the most baladeros to the most alternative ones. In the Lagoa da Conceicao and in the north of the island, the night life of the city is concentrated; the first one, more famous for the various bars and nightclubs, the second for the parties, especially in the sophisticated Jurere Internacional neighborhood.

The hills of the city are covered by tropical vegetation cut by hundreds of small waterfalls and streams. There are several ecological trails through the city with low level of difficulty which is an option for outdoor recreation.

Access : Coordinates: -27.612222, -48.485278 / By car :  To reach Florianopolis by car, you should use BR-101, which is not through Florianopolis, but through a neighboring city, Sao Jose. The main accesses to the city are: (BR-101), which is located in front of the parking lot of Itapemirim / Penha, passing through the neighborhood of Barreiros (city of Sao Jose), Estreito (now in Florianopolis) and then arriving at the bridge.
Expressway, well signposted, next to Shopping Itaguacu and when coming from the north of the state, skirting the helipad and the flags. When you take the Expressway (BR-282), it ends at the bridge, which connects the mainland of Florianopolis to the Island of Santa Catarina.

By bus :  Several companies make transportation to Florianopolis. The Florianopolis Bus Station receives both national and international buses. To consult online the schedules of the buses that arrive or leave Floripa  – Terminal Rita Maria, typing “Florianopolis” (without accent) in the destination or origin. Some companies that transport to Floripa: Itapemirim, Penha, Catarinense, 1001, Uniao, Reunidas and Santoanjo. On the MobFloripa site you can have access to all the companies that operate the road transport in the City.

By airplane :  Florianopolis has the Hercilio Luz International Airport (FLN) in the southwest of the island. Recently privatized, a new passenger terminal is under construction, which will increase the size of the airport, the capacity of attendance, the number of airline counters and the number of bridges from zero to four.

Arriving at the airport, users will be able to use means of transport such as buses (for in front of the landing), taxi (parked in front of the airport) or renting cars (companies have booths inside the airport). The MobFloripa Site offers information on urban mobility in Florianopolis.

Get around : For guidance, Florianopolis City Hall offers its tourists a map of the streets, which can be purchased at the city’s tourist portal, located near the bridges that give access to the island, or accessing the street map online.
By bus-minibus : tips to observe before using public transport in Florianopolis:

If you use it several times, buy a tourist card. Thus, you avoid getting around with money to pay for your ticket, in addition to the ticket quit cheaper.
A there are two values ??for the transportation tariff in the municipality of Florianopolis:

$ 3.99 if using fast pass card , R $ 4,20 if you pay in cash , The fare of the Executive bus, better known as “yellow” varies according to the distance to be traveled. They also accept the fast pass card. Buses in Florianopolis usually run from 05:00 to midnight /

By taxi : The taxi fare in Florianopolis is relatively cheap, but worth the caution. Sometimes, depending on the number of passengers and the route, it pays more to use a taxi than a bus , In special cases like weddings, funerals, birthdays etc., the value of the flag may be negotiable. / By car :  Car traffic in Florianopolis should be very cautious , On the MobFloripa site you can find information about car rentals, boats and vans in Florianopolis.

Activities : Tour to Anhatomirim – Anhatomirim is an island where a fort was made several years ago to protect the island from invaders. It’s a beautiful place./ Walk to the Island of Campeche – The Island of Campeche is a very beautiful place./ Stroll to Naufragados Beach – The beach is at the southern end of the Island and is only accessible by a footpath or by boat/ Double Paragliding – Practiced on Brava, Santinho and Mole Beach, a double paragliding flight is an exciting outdoor activity. 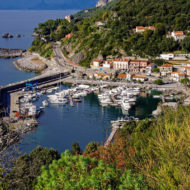 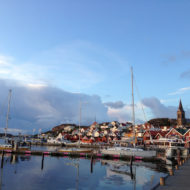