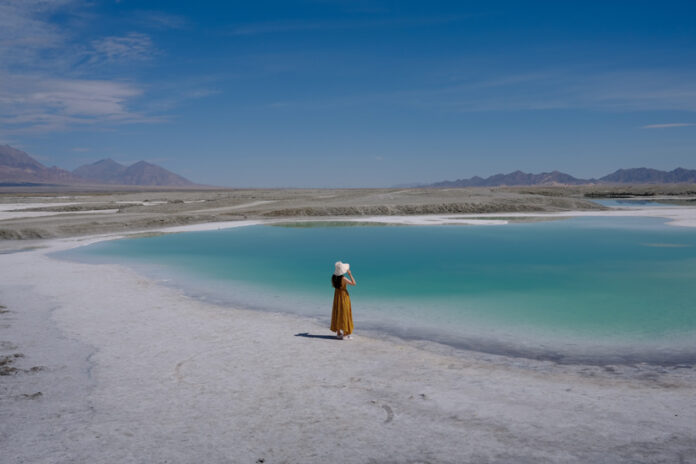 Qinghai Lake or Kukunor   is the largest mountainous closed-drainage salt lake in Central Asia. The largest lake in the People’s Republic of China.
In Chinese, Tibetan and Mongolian languages, the word “Kukunor” means “blue lake”. This unique reservoir is located in the west of Qinghai province, at an altitude of 3200 m above sea level, and it contains significant amounts of concentrated natural salt. Kukunor is the largest lake in the Central Asian region and is surrounded by the majestic ridges of the Nanshan mountains.
Since 1997,  has been under state protection: a conservation area of ​​Lake Kukunor has been established here. The main goal of this zone is to preserve the rapidly decreasing population of Przewalski’s gazelles: they die from lack of food (sheep eat all the grass) and from poaching.
Tourists who plan to come here usually choose Xining city as their main destination .The main attractions of the lake were and remain Buddhist shrines. On an island off the west coast of Kukunor, there are structures that were used by hermits as hiding places.

Go next : The closest large city to Lake Kukonor is Xining, the administrative center of Qinghai Province, within which the entire lake is located /