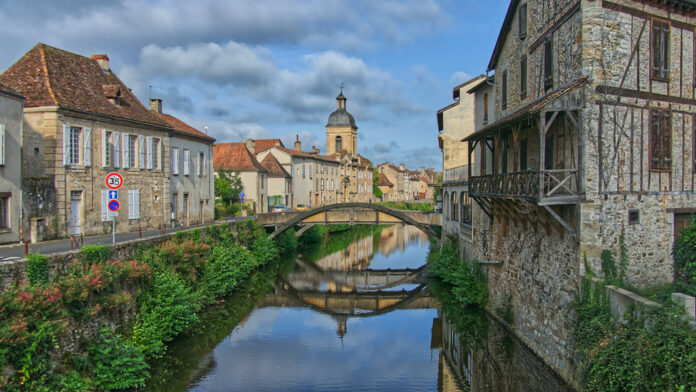 Saint-Céret is located at the crossroads of the Bave valley, connecting the Dordogne valley and the Segal mountains with the limestone plateau of Cossse de Gramate. The medieval city of Saint-Céret has successfully preserved its architectural heritage with its old houses, mansions and the beautiful Mercadial square with a fountain, surrounded by beautiful half-timbered houses.
Several famous personalities lived here: Pierre Benoit from the French Academy was inspired by the environment for writing Atlantis and Le dejeuner de Sousceyrac, and the artist Jean Lursa created his tapestries in the workshop of his castle in Saint-Laurent-le-Tour.
The current architecture of the city, with its old streets and medieval houses, still bears witness to the economic activity of the Middle Ages and this rich history of Saint-Céret.

Go next : ou can visit the Grottes de Presque cave, opened in 1825 and equipped in 1922, where the highest stalagmite is located./ The idyllic villages Loubressac and Autoire are about 10 and 7 kilometers to the west./ In the southwest of Saint-Céret, be sure to visit Rocamadour and the Padiraca Cave, in the south you will find the beautiful historic town of Figeac.