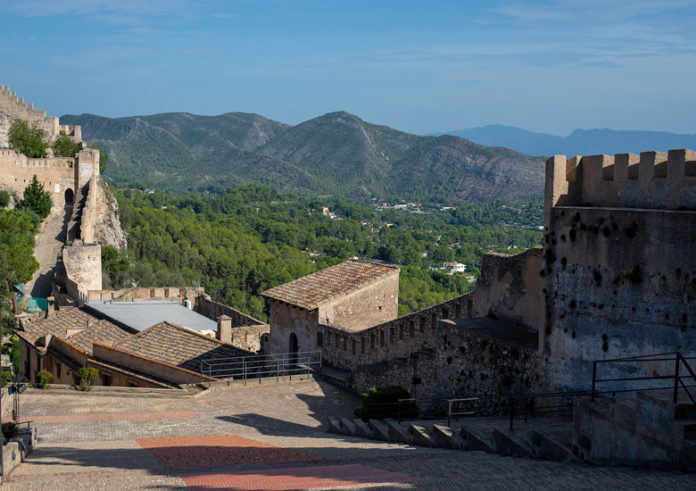 The Xativa Castle is a double fortress complex located in the Sierra del Castillo hill in the city of Xativa. This double strength appears on the shield of Xativa  which has as a central element a tower from which they leave two walled arms that end in a castle each representing the two castles of Xativa.

The Castle on the left receives the name traditionally from Castell Menor, while the castle on the right receives the name of Major Castle. During almost all the existence of the Kingdom of Valencia, the Castle of Xativa and the same city were a very important place for it. The reason was that Xativa was the natural entrance from the Kingdom of Castile and, therefore, was a key point in the control of the kingdom. Although it is true that with the unification of the Hispanic crowns (not of the kingdoms), this paper was not so important, the fact that it would continue to be a state prison in the 16th century and that Xativa was the capital of the Gobernacion della the Jucar and the second city of the Kingdom, caused the Castle to continue playing an important role until the War of the Succession.

During almost all this time it was considered one of the best fortresses not only of the Crown of Aragon, but of the entire peninsula.

Architecture : The castle of Xativa is structured in two zones, the Major Castle (on the right) and the Minor (on the left).
Major Castle ( Castell Major )  : To the right of the plaza of arms is the Capella de Sant Jordi, neogothic building but probably built on the site of the old Chapel of Santa Anna of the Minor castle, it existed in the fourteenth and fifteenth centuries, according to an engraving of 1564, since each castle had its chapel. At this point the Major Castle begins, here the first door of this one was located.

The Minor Castle ( Castell Menor )  :  is located to the left of the square of arms and is of smaller dimensions although older. It is accessed through the 15th-century Gothic Gate of Anibal. It is said that the Carthaginian general Hannibal entered here, and then the Roman general Scipio during the Second Punic war. After this gate we will see the square tower of the smaller castle with the construction base dated from the Roman era.