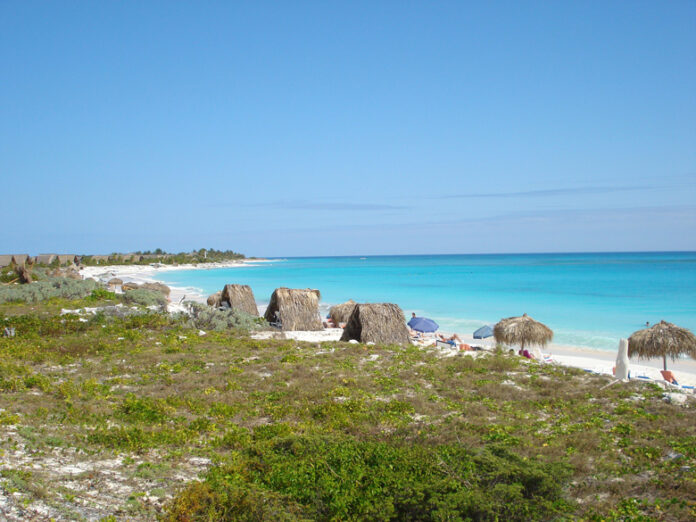 Cayo Largo del Sur or  Cayo Largo is an island in the Los Canarreos archipelago in the Caribbean Sea off the southwestern coast of Cuba.
Cayo Largo is located in the South Central region of the Cuban Archipelago.
The second largest island of the Los Canarreos archipelago, Largo del Sur (25 km long), was discovered by Christopher Columbus. Here the corsair Sir Francis Drake made a stop during his trip around the world. Later, the slightly less noble and much more bloodthirsty pirates of the Caribbean seas made the island one of their bases,

The area of ​​Paraiso Beach is not very developed due to its remote location. However, there is some service and entertainment that attracts many tourists from all over the planet.

Access : Coordinates: 21.633333, -81.466667 / Cayo Largo is an island without a bridge, so it is not possible to reach it by car, train or bus. The only option to get to Largo del Sur is by plane or yacht. Both methods  take from 1.5 to 2 days.
/ The most common way to access Cayo Largo is by plane. The only landing strip on the island is the Vilo Acuña International Airport, where aircraft arrive from Canada, Europe and South America, as well as from Cuban cities such as Havana, Varadero and Trinidad.

Go next : Visit Iguana Jurashiki Island by swimming in a natural pool, snorkeling in a coral reef./ The largest island in the archipelago is Isla de la Juventud.