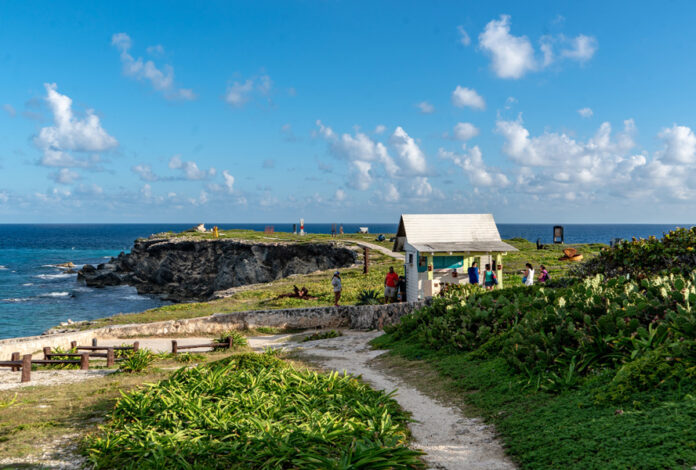 Isla Mujeres, “Island of Women” is an island in the Caribbean in the Riviera Maya region, off the east coast of the Yucatan Peninsula in the state of Quintana Roo in Mexico.

The island has been around since 550 BC. Used by the Maya. At that time, however, the island was not permanently inhabited, but a shrine was located on it in honor of the Maya goddess Ixchel. The Spanish conquistador Francisco Hernández de Córdoba discovered the island in March 1517.
It is one of the main Caribbean islands under the jurisdiction of Mexico, covering an area of ​​eight kilometers in length and two kilometers in width.
Today a large number of tourists from all over the world aspire to the island to touch the original and rich culture, see the ancient ruins of the Ishkhel castle, admire the historical buildings and structures, and just enjoy the rest,The local tropical climate has pleasant, comfortable conditions for recreation and basking in the sun on the sand of the luxurious beaches.

Go next : tour to Contoy, a small uninhabited island very close ,a bird sanctuary and is one one of the most beautiful places in the Mexican Caribbean / Cancún.