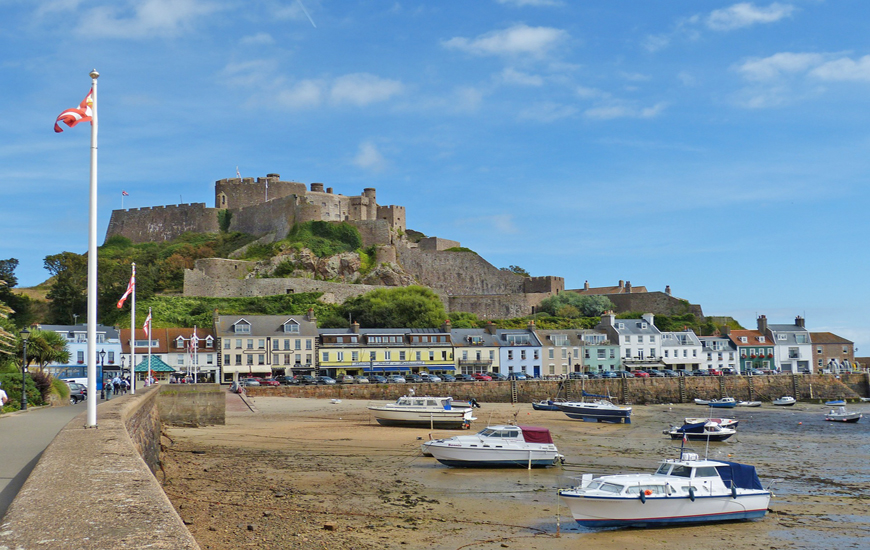 Jersey , officially the Bailiwick of Jersey , is a Crown dependency located near the coast of Normandy, France. Jersey was part of the Duchy of Normandy, whose dukes went on to become kings of England from 1066. After Normandy was lost by the kings of England in the 13th century, and the ducal title surrendered to France, Jersey and the other Channel Islands remained attached to the English crown. The bailiwick consists of the island of Jersey, the largest of the Channel Islands, along with surrounding uninhabited islands and rocks collectively named Les Dirouilles, Les Ecrehous, Les Minquiers, Les Pierres de Lecq, and other reefs. Although the bailiwicks of Jersey and Guernsey are often referred to collectively as the Channel Islands, the “Channel Islands” are not a constitutional or political unit. Jersey has a separate relationship to the Crown from the other Crown dependencies of Guernsey and the Isle of Man, although all are held by the monarch of the United Kingdom.

Jersey is a self-governing parliamentary democracy under a constitutional monarchy, with its own financial, legal and judicial systems, and the power of self-determination. The Lieutenant Governor on the island is the personal representative of the Queen.
Jersey is not part of the United Kingdom, and has an international identity separate from that of the UK, but the UK is constitutionally responsible for the defence of Jersey. The definition of United Kingdom in the British Nationality Act 1981 is interpreted as including the UK and the Islands together. The European Commission have confirmed in a written reply to the European Parliament in 2003 that Jersey is within the Union as a European Territory for whose external relationships the UK is responsible. Jersey is not fully part of the European Union but has a special relationship with it, notably being treated as within the European Community for the purposes of free trade in goods.
British cultural influence on the island is evident in its use of English as the main language and the British pound as its primary currency, even if some people are still speaking the Norman language. Additional cultural commonalities include driving on the left, access to the BBC and ITV regions, a school curriculum following that of England, and the popularity of British sports, including football, cricket and rugby.
History : Jersey history is influenced by its strategic location between the northern coast of France and the southern coast of England; the island’s recorded history extends over a thousand years. La Cotte de St Brelade is a Palaeolithic site inhabited before rising sea levels transformed Jersey into an island. Jersey was a centre of Neolithic activity, as demonstrated by the concentration of dolmens. Evidence of Bronze Age and early Iron Age settlements can be found in many locations around the island. In June 2012 it was announced what could be Europe’s largest hoard of Iron Age coins had been found in Grouville by two persons using metal detectors. The hoard may be worth up to £10 M. People had been searching for this treasure for 30 years. It was reported that the hoard weighed about three quarters of a tonne and could contain up to 50,000 Roman and Celtic coins. In 2012 the same two men had found 60 Iron Age coins in the same area.
Additional archaeological evidence of Roman influence has been found, in particular at Les Landes, the coastal headland site at Le Pinacle, where remains of a primitive structure are attributed to Gallo-Roman temple worship (fanum).
Aware of the military importance of Jersey, the British government had ordered that the island be heavily fortified. On 6 January 1781, a French invasion force of 2,000 men set out to take over the island, but only half of the force arrived and landed. The Battle of Jersey lasted about half an hour, with Britain successfully defending the island. There were about thirty casualties on each side, and the British took 600 French prisoners whom were subsequently sent to England. Both British and French commanders were slain. Trade laid the foundations of prosperity, aided by neutrality between England and France. The Jersey way of life involved agriculture, milling, fishing, shipbuilding and production of woollen goods. 19th century improvements in transport links brought tourism to the island.
Access : Jersey is not part of the European Union, European Economic Area or Schengen Area. However, Jersey is part of the European Union Customs Union, meaning that there is free movement of goods and trade between the island and the EU. In addition, Jersey is part of the Common Travel Area, meaning that there are no passport controls for those coming from the United Kingdom, Ireland, the Isle of Man or the other Channel Islands. However, the airline and ferry companies usually request some form of photo ID
By plane : Jersey Airport (IATA: JER) (ICAO: EGJJ)  – in the parish of St. Peter. Air France, Easyjet, Flybe and British Airways offer regular flights from London (Gatwick, Luton and Southend) and other airports of Great Britain. Aer Lingus offers regular flights from Dublin, Ireland. There are also regular flights to Switzerland and the Netherlands (provided by local airline Blueislands) and seasonal flights from Dusseldorf with Air Berlin.
Liberty Bus serves the airport with three routes – 9, 12, and 15. One way trip costs £2 for adults, £1 for children ages 5-15 (September 2017).
By boat : Condor Ferries operate regular sailing connecting Jersey with Guernsey Island and the rest of Channel Islands along with select destinations in England and France.
Arrival section of the ferry terminal has a stand with Jersey maps and visitor guides as well as some brochures. There is a small cafe and most car rental agencies will provide ferry terminal pickup/dropoff. It is about 10-15 minute walk to the center of town from ferry terminal, just follow blue signs for Tourist Information.
By car : Despite its small size, Jersey has over 350 linear miles (563 kms) of paved road on which to explore this beautiful Island. Traffic in Jersey moves on the left side of the road, as in the United Kingdom. Take precautions as many of the roads are quite narrow and twist and turn between the fields and farms. The maximum speed limit throughout the entire island is 40 mph/64 km/h. Car hire in Jersey is easily arranged and very good value. Visitors must hold a valid driving licence with no endorsements for dangerous or drunken driving in the last 5 years. You must be aged 21 and over. Some restrictions may be imposed by the hire company’s insurance agent in respect of the upper age limit.
Attractions :
Tamba Park ,  Mont Orgueil Castle , La Hougue Bie Museum ,Valley Adventure Centre , History Alive! – Jersey History and Archaeology Tours ,Jersey Walk Adventures ,aMaizin! Adventure Park , Jersey Kayak Adventures , Maritime Museum / Jersey Heritage , Elizabeth Castle , Jersey Museum and Art Gallery Souvenir Shop  , Jersey Zoo , Aerial Trekking & Powerfan at Valley Adventure Centre , St. Peters Windmill ,  Jersey War Tunnels , St. Brelade’s Bay Beach , Battery Lothringen , Greve de Lecq ,saint-helier

Go next : the Isle of Sark  /  the island of Guernsey 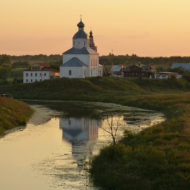 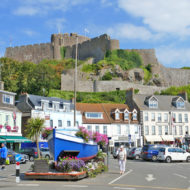