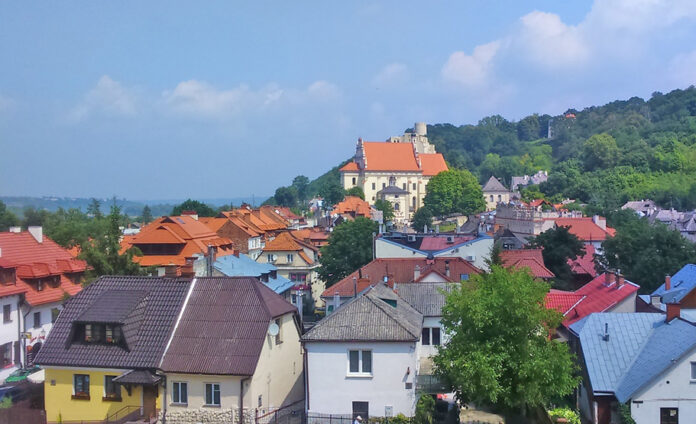 Kazimierz Dolny is a picturesque town , in Lublin Voivodeship and in Puławy County, in Poland.

Kazimierz Dolny enjoyed great prosperity in the 16th century and the first half of the 17th century, due to the grain trade that took place along the Vistula river. After trade was reduced, economic development was also reduced, which enabled the city to preserve its Renaissance-looking urban plan. Since the 19th century the city has become a popular resting place that has attracted artists and holidaymakers.
Tourist attractions such as monuments, nature and the proximity of the Vistula River are a combination that is difficult to resist.

Access : Coordinates: 51.316667, 21.95 / You can travel from Germany via Berlin and Łódź and Kielce on the expanded A2 motorway./By plane : The nearest airports are: Lublin, Rzeszów and Warsaw.

Go next : visit the interesting Castle in Janowiec / Lublin — the biggest city and capital of the region / Nałęczów — spa near Kazimierz Dolny. / Puławy – the largest city on the Vistula river between Krakow and Warsaw.