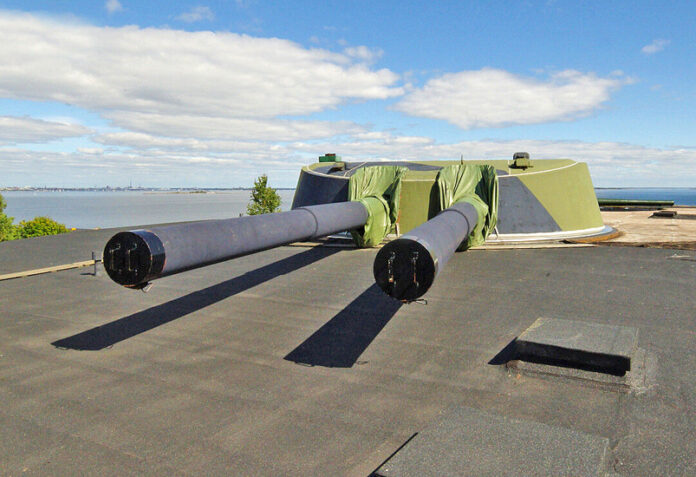 Kuivasaari  is a fortress island controlled by the Finnish Defense Forces. The island is located in front of Helsinki on the west side of Isosaari, in the southern part of the country. In the 18th century, Kuivasaari was a base for fishermen. The island of the next century was privately owned until the Russian state expropriated the island in 1896 and it was handed over to the Viapori fortress. Kuivasaari was fortified in the 1910s and barracks and staff apartments were built. In the spring of 1918, the Germans began training Finns in Kuivasaari to use coastal cannons left by the Russians. The following year, the Finns took the fort to active use.

The entire island is a military installation and access for the civilian population is severely restricted. A number of coastal artillery pieces were installed there, including some exceptionally strong. The island served as an important coastal artillery fort to protect the entrance to the port of Helsinki during the 2 world wars.
The most grandiose and famous weapon on the island today is a tower battery with two 12-inch barrels, manufactured at the beginning of the 20th century at the Obukhov plant in St. Petersburg. Only a few of these sights have survived throughout the world. The battery was built on the island in the early 1930s, using equipment removed from Fort Ino, as well as the tower of an unfinished 14-inch battery from Makiluoto Island. The Kuivasaari tower battery was ready for combat in the summer of 1935.
The island has a considerable collection of old historical cannons maintained by the Coastal Artillery Guild of Suomenlinna. Previously, there was also a 100 TK coastal artillery battery in active use in Kuivasaari. These cannons have been deactivated. The fort does not have a permanent occupation, but it is still used by the Defense Forces and thus closed to general use, but several companies organize charter cruises.

Note : The island must not be landed and must not be approached by boat closer than 100 meters. However, it is possible to obtain visiting permits. Several cruise companies also organize visits to the island during the summer.

Activities : Coastal Artillery Guild Special Trips / admire the archipelago nature and marvel at the technology. / see one of the last working 305mm/12 inch battleship guns in the world.