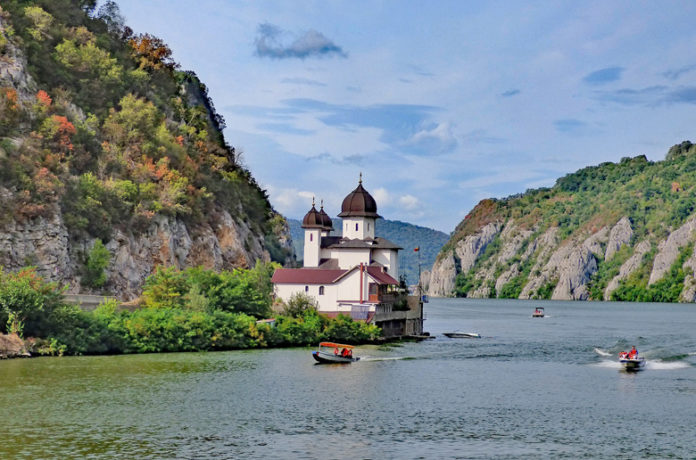 The Mraconia Monastery –  also known as the Danube Valley Monastery or Ogradena Veche,  is located near  the village of Duhova in Mehedinti County, at a distance of 15 kilometers west of Orsova, western Romania.

In an impressive place where the Carpathian Mountains meet with the Danube, on the border between Romania and Serbia.
More specifically, it is located on the left bank of the Danube, forming at that place the most beautiful gorge in its entirety, a gorge stretched between Orsova and Moldova Noua.

The Monastery was founded the  1523 by the Severin Ban, Nicolae Garlisteanu- The Mraconia Orthodox  Monastery It was built It was built in 1523. on the site of a former observation and guidance point of the Danube vessels. Because it was placed in the path of the Ottoman army, the church suffered quite a lot ,It was destroyed during the Russo-Austro-Turkish war (1787-1792), being rebuilt and subsequently demolished by the Communist regime in 1967 .After 1989, the Metropolitan Church of Oltenia initiated the re-establishment of the Mraconia Monastery. In 1993 the foundation stone of the new church was laid, and in 1995, with the blessing of the P.S. Nestor Vornicescu and with the approval of the Holy Synod, this settlement is re-established. The works were completed in 1999-2000.

The current church is dedicated to the “Archangels Michael and Gabriel” and “Holy Trinity”The church has a “cross” shape with pronaos, nave and altar. The holy place has a porch open to the Danube, and the abrasion to the abrupt Almajj Mountains. Nowadays, Mraconia Monastery has a monk’s parish.

From the initial church, that is nowadays under Danube’s waters, remained the imperial doors and an icon lamp, sheltered in the parochial museum from Eşelniţa.

Access : Coordinates: 44.643254°N 22.294292°E / situated On the road Orsova-Moldova-Noua, in Valea Mracunei / Access to the monastery takes place beside the statue of Decebal, 15 km west of Orsova – Orșova Railway Station (Gara Orșova). There are direct trains from Timișoara and Bucharest, as Orșova is on the main line linking the two cities. 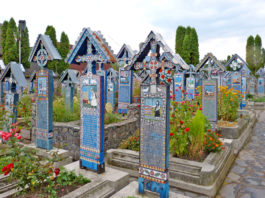 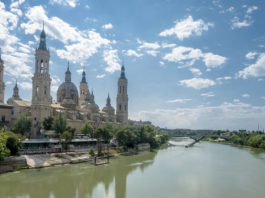 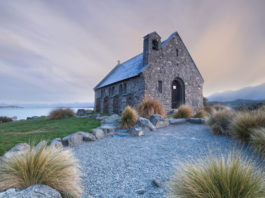 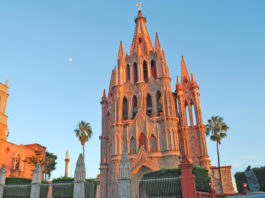 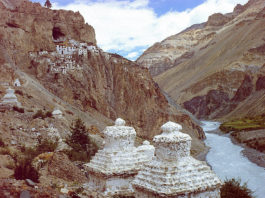 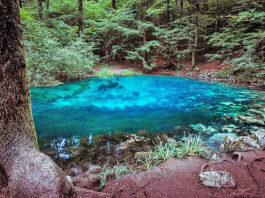