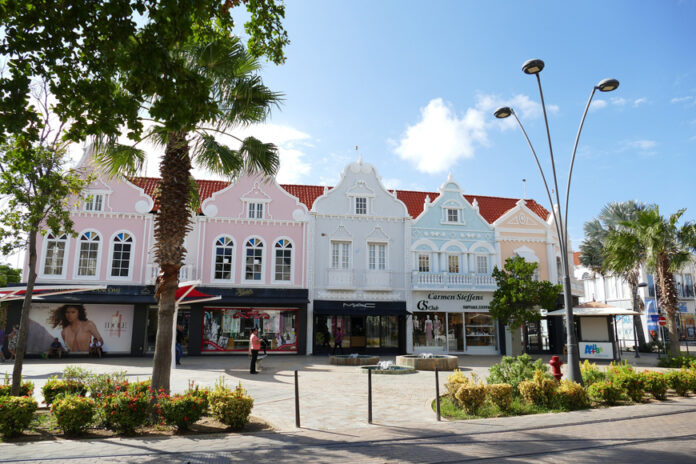 Oranjestad is the capital of the Caribbean island of Aruba. Aruba is a tropical Caribbean island, a constituent country of the Kingdom of the Netherlands. Located off the coast of Venezuela.

Oranjestad is located in the northwestern part of the island, on the shores of a deep bay of the Caribbean Sea, along which there are long white sand beaches.
Then the city was named in honor of William I of Orange (Willem van Oranje Goll . 1533-1584), the founder of the Orange-Nassau Dynasty (Huis van Oranje-Nassau Goll.) Of the Kingdom of the Netherlands.
The capital of the island of Aruba – Oranjestad – literally translates as “Orange City” …but this is completely unrelated to the presence of oranges in it, which, by the way, do not grow there.

Most likely, its name is associated with colorful buildings. All buildings in the city are painted in different colors. Since ancient times, the city has preserved the Dutch architecture, which in an unpretentious way harmoniously fits into the tropical decoration of the island and the shopping centers located everywhere.
A little more than 35 thousand people live in Oranjestad, which attracts many vacationers to the desert spaces who want to spend their holidays in peace and comfort.

Access : Coordinates: 12.518611, -70.035833 / Planes from the USA, Canada and Europe  fly to the Queen Beatrix International Airport. You can reach Oranjestad by cruise ship or your own yacht.

Go next : visit the small islet of Renaissance opposite the harbor of Oranjestad , with the  famous  Flamingo Beach. / Noord  is in the northern part of the Caribbean island of Aruba. / to the neighboring island of Curacao.