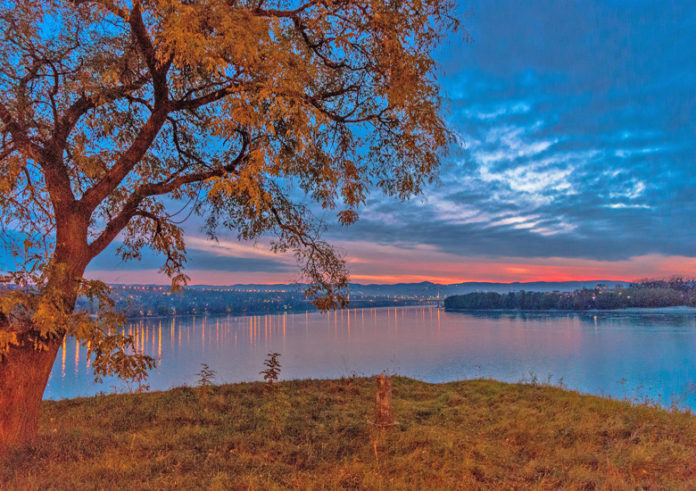 Petrovaradin is one of two urban municipalities which constitute the city of Novi Sad,   Serbia .

Lying across the river Danube from the main part of Novi Sad, it is built near the Petrovaradin Fortress, known as the “Gibraltar of the Danube History : Human settlement in the territory of present-day Petrovaradin has been traced as far back as the Stone Age (about 4500 BC). This region was conquered by Celts (in the 4th century BC) and Romans (in the 1st century BC). The Celts founded the first fortress at this location. It was part of the tribal state of the Scordisci, which had its capital in Singidunum (present-day Belgrade). During the Roman administration, a larger fortress was built (in the 1st century) with the name Cusum and was included into Roman Pannonia. Subsequently, the fortress was included into the Pannonia Inferior and the Pannonia Secunda. In the 5th century, Cusum was devastated by the invasion of the Huns.

The town was then conquered by Ostrogoths, Gepids, and Lombards. By the end of the 5th century, Byzantines had reconstructed the town and called it by the names Cusum and Petrikon or Petrikov. It was part of the Byzantine province of Pannonia. Subsequently, it passed into the hands of Avars, Franks, Pannonian Croats, Pannonian Slavs, Bulgarians, and Byzantines again. During Bulgarian administration, the town was known as Petrik and was part of the domain of duke Sermon, while during subsequent Byzantine administration, it was part of the Theme of Sirmium.

Attractions in Petrovaradin :  Petrovaradin fortress , Walking in the old part of Novi Sad , visit The Liberty Square from the 18th century, the Catholic Church The Name of Mary built in the Neo-gothic style, while Zmaj Jovina Street will lead you to The Bishop’s Palace. walk in Dunavska street, the oldest street in Novi Sad, a break in Dunavski park, the most beautiful park in Novi Sad. in summer, get refreshed at Strand – one of the most beautiful beaches on the Danube. Sremski Karlovci, town not far from Novi Sad, try some wine in the wineries from the Wine Route Fruska Gora, and look for some rest at the National Park and mountain Fruska Gora.

Access : Coordinates: 45.25, 19.866667  /   The nearest airport is the Nikola Tesla Airport in Belgrade which is 80 km from Novi Sad. From the airport you can take a minivan to Novi Sad. buss lines from all parts of the country and from many European cities coming to the Bus Station, while international railroad connects Novi Sad with Budapest, Vienna and further to North and West, and to South and Southeast of Europe and Middle East. Since Novi Sad lies on the Danube there is also the possibility to visit the city on a cruiser