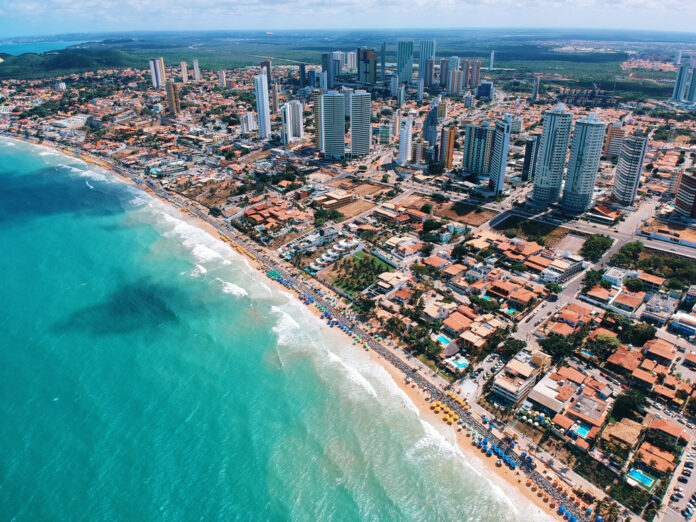 Ponta Negra is a popular oceanfront area in the Brazilian city of Natal, capital of the state of Rio Grande do Norte.

The main attraction of the area is Ponta Negra Beach, which extends to the high sand dune of Morro do Careca, surrounded by lush vegetation. Ponta Negra beach is about 4 km long and can be considered a small bay. In the extreme south is Morro do Careca, the most famous tourist spot in Natal.
Nightlife in Ponta Negra is hectic, among the attractions are the streets with several bars and clubs to animate tourists and visitors, in addition to the traditional forró pé de serra, a typical northeastern dance.