The Ryuzu Falls consist of several jumps and extend, at an altitude of approximately 1,325 m, 210 m in height and 10 m in width along an abrupt made of volcanic rocks ejected from the crater of the Nantai volcano neighbor 1.2. It is surrounded by a forest of Japanese beech trees, Japanese lime trees, azaleas and Japanese maple trees.

The name of “Ryuzu” is said to be like a dragon’s head, as seen from the front of a forked waterfall  It is said that the rocks of this place were used as heads.
It is one of the three famous waterfalls of Oku Nikko along with “Kegutaki” and “Yutaki”. This waterfall, which boasts a height of 210 m, is divided into two by a large rock near the waterhole, . There is a waterfall in the back of “Ryuzuno Chaya” at the foot of the waterfall, and you can see Ryuzu waterfall in front of you.

There are seats where you can see the waterfall, so it’s a good idea to have dumplings and ozoni while watching the waterfall.
When the scenery of fresh greenery and  azaleas  bloom  and autumn leaves are in full bloom It is said that during that time, it is crowded with tourists. 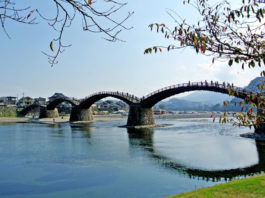 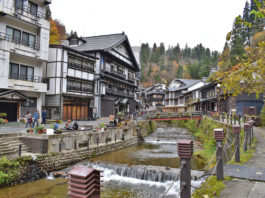 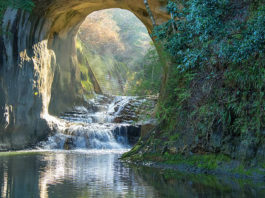 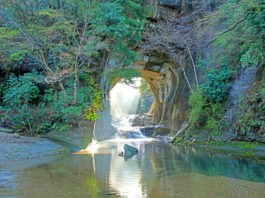 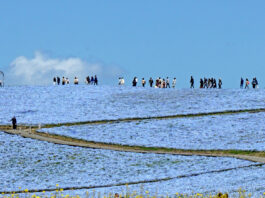 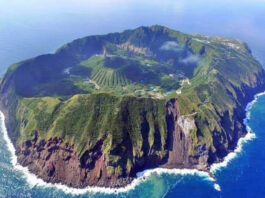