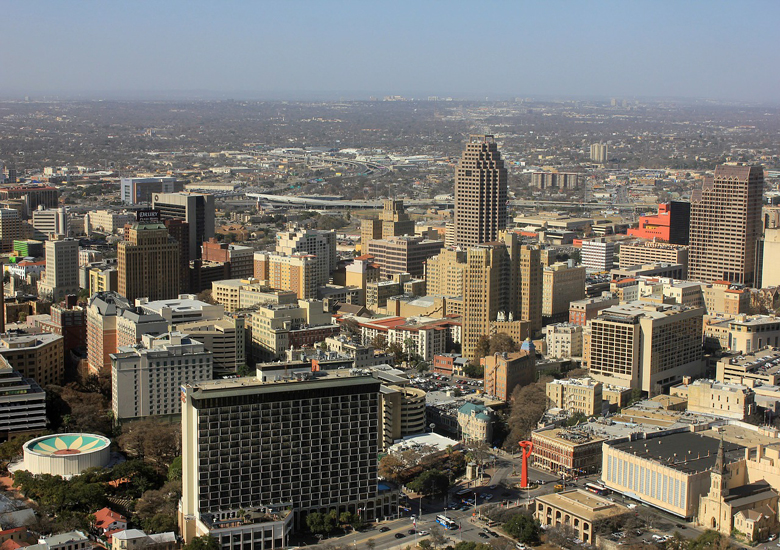 San Antonio is the third largest city in the state of Texas and the 7th largest in the United States.
SHARE

San Antonio is the third largest city in the state of Texas and the 7th largest in the United States.

It’s the 24th largest metropolitan area in the country. Visited by more than 31 million annual visitors, San Antonio is a beautiful city at the axis of three different geological terrains: Hill Country, South Texas Plains and Prairie and Lakes. There’s a lot to do in this city: fine art museums, historical missions and plenty of amusement parks in addition to great dining and lots of drinking. The culture and people are vibrant and interesting. San Antonio’s downtown is one of the most lively in the nation.

Understand : San Antonio is considered to be the cradle of Texan liberty. Its most well-known landmark is the Alamo, the site of the famous battle (1836) where Davy Crockett and Jim Bowie were killed. Though it must be said that when most visitors see the Alamo for the first time, their common reaction is “Hm, I thought it would be bigger.”

No other city in Texas reflects the state’s Spanish and Mexican heritage better than San Antonio. Hispanics make up a considerable fraction of the population though and it shows in most places. The Hispanic atmosphere of San Antonio makes it a truly unique U.S. city. This becomes most evident during Fiesta week, a yearly celebration that attracts 3.5 million people to its 110 plus events from all over to enjoy parades, music, festivals, fairs and food and drink in the charming downtown streets of the city. San Antonio also has a significant African-American population.

San Antonio, with a population upward of 1.5 million, and a metro population of nearly 2.4 million, still enjoys a small-town feel despite the hustle and bustle. Its people are friendly, open and bicultural, and the concentration of population around its center makes it easy to get just about anywhere within a 30-40 minute drive.

Access : Coordinates: 29.416667, -98.5 / By plane :  1 San Antonio International Airport (SAT IATA). Serves over 30 national and international destinations with non-stop service and many more with one-stop direct service. For destinations, check with individual airlines. Ground transportation from SAT to Downtown available by shuttle ($19 one way per person), by taxi ($25-35 one way, up to 4-6 persons depending on the size of the taxi), or by public bus (Number 5) which stops just outside Terminal B (brings you downtown in about half an hour for $1.20 exact change and runs approximately every 30 minutes).
By train
2 Amtrak, 350 Hoefgen St. The Texas Eagle provides service north to Chicago  the Sunset Limited train runs west to Los Angeles and east to New Orleans. Before Hurricane Katrina, the Sunset Limited was a transcontinental route with service to Orlando  now the route is truncated.
By car
Most visitors to San Antonio arrive by either I-35, I-10, I-37 or US 281. I-10 comes from El Paso to the west and Houston to the east. I-35 comes from Austin to the north and Laredo to the south. May be reached by automobile in about 1 hour from Austin, 4 hour 15 minutes from Dallas/Fort Worth or less than 3 hours from Houston.

By boat
San Antonio is in the middle of Texas. Therefore, it is not accessible by boat. Although there are many tubing opportunities around San Antonio, thanks to the huge abundance of rivers in the area. The River Walk, in downtown San Antonio, does offer a River Taxi that shuttles people to hotels, restaurants and shops along its banks.

Get around : Public transit :
San Antonio’s bus system is known as the VIA Metropolitan Transit. It also runs the downtown trolley service (actually a bus) for a small fare. Bus fares range from about $1.10 to $2.50 depending on the service with a one-day $2.75 pass (for purchase at some retail outlets see VIA’s Website under Fare information) for all routes. There are 4 different types of routes: Express, Skip, Frequent, and Metro. The Express routes usually run from the sub-urban areas (mostly Park and Rides) to downtown.Most of them run about once every 30 minutes. Skip service usually runs along the streets with high traffic, they are called Skip routes because they usually Skip bus stops that are serviced by the frequent routes. Skip routes also usually run about every 30 minutes.

Frequent routes can also be found on high traffic roads and as the name implies, the stops are very frequent. Although Frequent routes come by about once every 15 minutes, it is usually faster to wait a little longer and take the skip routes if you are going a long distance,for example on San Pedro ave, it is usually quicker to wait for the #3 (Skip) as opposed to the #4 (Frequent) if you wanted to get from downtown to North Star Mall. Metro service is usually found in neighborhoods around the city, frequency varies with each route, but they usually run about once an hour. Discount fares are available to children between the ages of 5 and 11, senior citizens 62 and older, Medicare recipients, persons with disabilities and students. A reduced fee ID is required for reduced fares and can be acquired from VIA Information Centers (students may get the necessary forms from their campus administration). Bus schedules and route information can be found at VIA’s website, by calling the VIA information line or for the hearing impaired at , or at the San Antonio Visitor Information Center.

Taxi :  Cabs are available to be hailed downtown, at the airport, or at military bases. In other areas you should reserve a cab in advance. Yellow Cab,  AAA Cab,

Events
Fiesta!!!. Fiesta is a yearly event held in San Antonio in late April. Fiesta is a 10-day, city-wide, fun-filled, multi-cultural celebration. Many family-oriented events take place during this time, as well as many events geared towards adults. With over 100 different events, it’s the biggest party and greatest community benefit in the state of Texas. One of the most fun events of all Fiesta, is Oysterbake on the St. Mary’s University campus. It kicks Fiesta off with a bang, has plenty of food (chicken on a stick, oysters, fried oysters, corn, corn in a cup, meats on sticks, pizza, you name it. Friday of Oysterbake is usually more family-oriented with an 1980s or ’90s band headlining the festivities.

(Previous headliners: Eddie Money, Loverboy, Night Ranger, Smashmouth) Saturday is a jam-packed day of fun, food, music and booze. More modern acts will headline the main stage, there will be a country stage, and a tejano stage. Previous acts include: Three Days Grace, Chevelle, Puddle of Mudd, Hinder, Lit, 10 Years, Buckcherry (bad year), and The Veer Union. If you’re single, Oysterbake on Saturday is your time to shine. Otherwise, you’ll have an awesome time with friends or family. Leave the toddlers at home on Saturday! Don’t be that parent.
First Friday Art Walk. San Antonio First Friday is a free showcase of the art community in San Antonio. The event takes place on the 1st Friday of every month in the historic King Williams district. Many local restaurants feature live music, and there are vendors selling local goods along the walk.
San Antonio Stock Show & Rodeo. The San Antonio Stock Show & Rodeo is an annual agricultural fair and entertainment event in early February. It provides world class rodeo action and entertainment to people of all ages. The San Antonio Stock Show and Rodeo has been nominated for the Largest Indoor Rodeo of 2009, the winner to be announced February 2010. Everyone who’s anyone in country music plays during rodeo time, simple as that.
Texas Folklife Festival. The Texas Folklife Festival is an annual four-day celebration in the second week of June, of the diverse ethnic and cultural groups that settled our state. Some 45 groups bring their stories, crafts, music, dances, and foods to share with visitors in a vibrant blend of education and entertainment.
Bat migration, River Walk. Texas is one of the best places in the world to observe bat migrations. Every night at dusk in the summer, thousands of bats emerge from their “hangouts”, including under urban bridges, and many people come to watch. Local conservation organizations host weekly events to explain the migration.

New Braunfels – 30 miles northeast of San Antonio, this town is best known for its German culture and heritage, not to mention the Schlitterbahn, persistent in being voted the world’s best waterpark.
San Marcos – 50 miles northeast of San Antonio, San Marcos is the home of Texas State University and its Aquarena Center, as well as two massive outlet malls that have more than 350 shops. 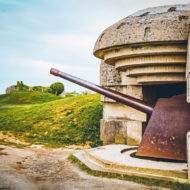 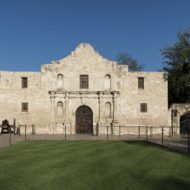