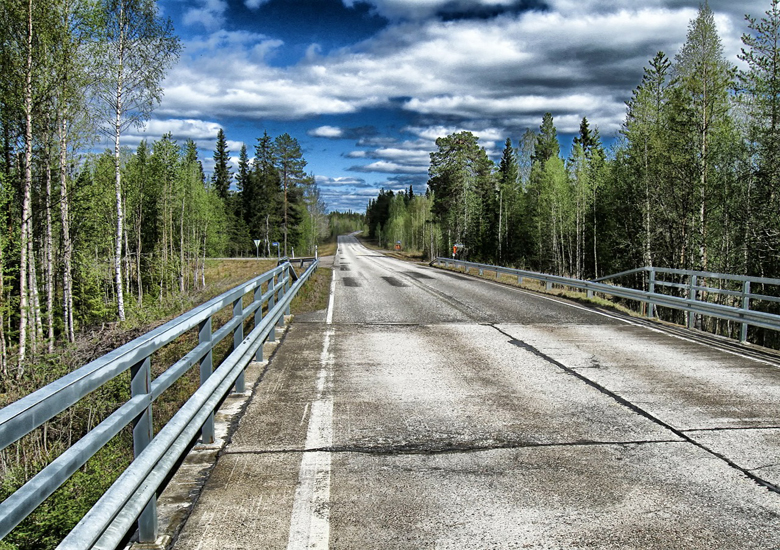 Suomussalmi is a municipality in Finland and is located in the Kainuu region. The municipality has a population of 7,942 (31 August 2018) and covers an area of 5,857.60 square kilometres (2,261.63 sq mi) of which 587.03 km2 (226.65 sq mi) is water. The population density is 1.51 inhabitants per square kilometre (3.9/sq mi). The municipality is unilingually Finnish. Ammansaari is the biggest built-up area in the municipality. Suomussalmi is the second southernmost part of the reindeer-herding area in Finland. During the Winter War of 1939–40, several battles were fought in the area around Suomussalmi, the most important ones being the Battle of Suomussalmi and the Battle of Raate. In these battles Finnish forces defeated numerically superior Soviet forces.

Formula One racing driver Heikki Kovalainen is from Suomussalmi, as well as the author Ilmari Kianto and the composer Osmo Tapio Raihala, in addition to the ice hockey player, Janne Pesonen. Suomussalmi hosted the 2016 World Berry Picking Championship.

Access : Coordinates: 64.883333, 28.916667 / By car : Road to  Suomussalmi are highway E 63 (5) and the “Via Karelia” going along the eastern border from the Gulf of Finland to eastern Lapland. By plane :  You can take a plane from Helsinki to Kajaani or from Tallinn to Kajaani. You can see the flight timetables from finnair. By train :  If you go by train to Kajaani or Kontiomaki where the closest railway stations are located there are bus connections to Suomussalmi from some of the arriving trains. For more information about the train timetalbes, vr.fi /  By bus :  You can find the bus timetables from journey.fi

Attractions : Hossa National Park – National Park in 2017, Martinselkonen nature preservation area and Murhisalo / In memorial of the Winter War, in Suomussalmi there is the Winter War Monument and the Flame Monument. Location of these and other memorials and battle grounds can be found in Kainuu outdoors map./ Winter War
Museum   Raatteen Portti / The Raate Frontier Guard Museum / Continuation War Exhibition 1941–1944 – Suomussalmi / Alassalmi Memorial /  Haukipera Memorial / The Silent People : The crowd of almost thousand figures that make up the Silent People , Location:  Approximately 30 km North on Highway 5 (E63) from the Suomussalmi Center./ Hossa Visitor Centre :  Hossa Visitor Centre is a hiker’s heaven that provides the latest tips and instructions on hiking and fishing.

Hossa Reindeer Park / The Jalonniemi House / Kalmosarkka Sandbank : A Prehistoric Dwelling Site on a Bank of Fine Sand / Naljanka church :  The church is consecrated in 1981 and designed by Architect
Esko Laitinen / Vuokki church :  consecrated 1954 / Suomussalmi church
Consecrated 1950 / Ammansaari church :  Consecrated / Holy Cross Orthodox Chapel
Located in the Suomussalmi center, this chapel was built  in 1982-83 / Saint Nicholas Orthodox chapel :  Located in the Kuivajarvi village, Saint Nicholas Orthodox
chapel was built 1958. / The House Museum :  The Suomussalmi House Museum is located in Kirkkoniemi / White Carelian Villages Kuivajarvi and Hietajarvi / Soiva Metsa :  The unique Soiva Metsa is a forest filled with artistic instruments that can not only be played but are as well pieces of art. / Hossa Varikallio Rock Paintings / Variskongas Waterfall
Approximately 10 km away from Suomussalmi Center towards Puolanka  is located Variskongas. 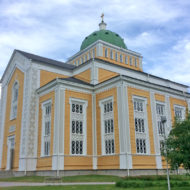 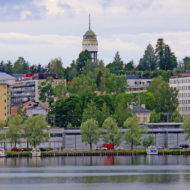 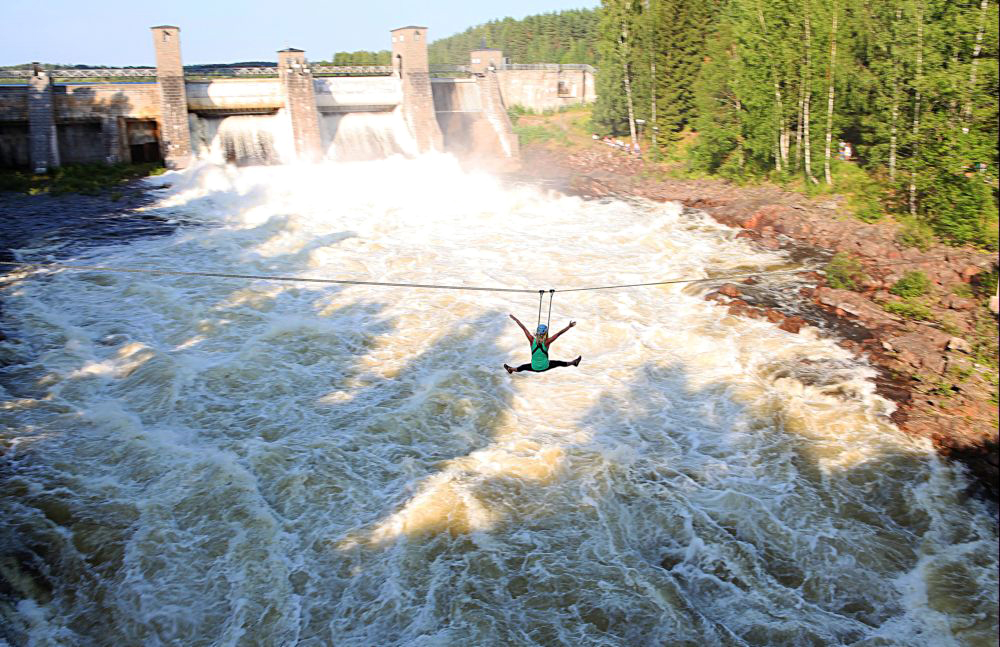 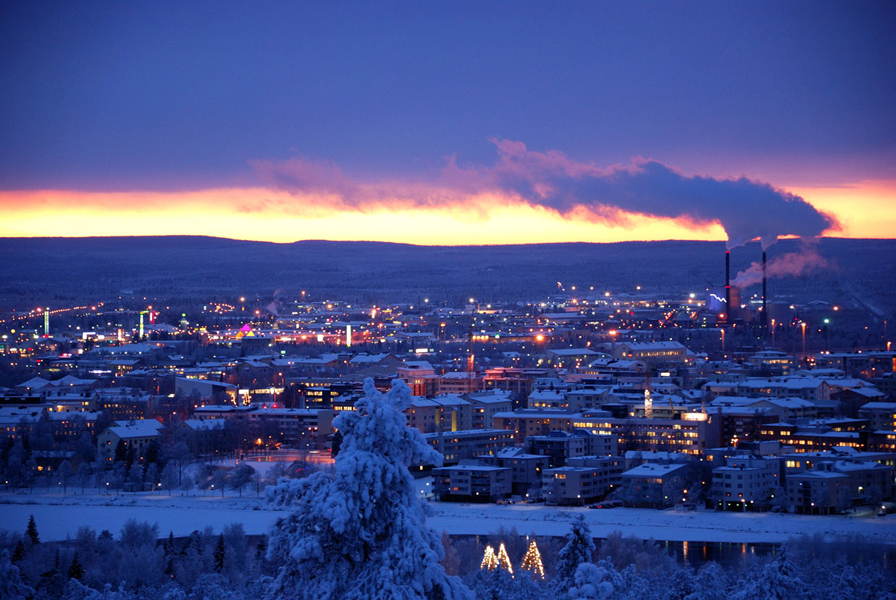 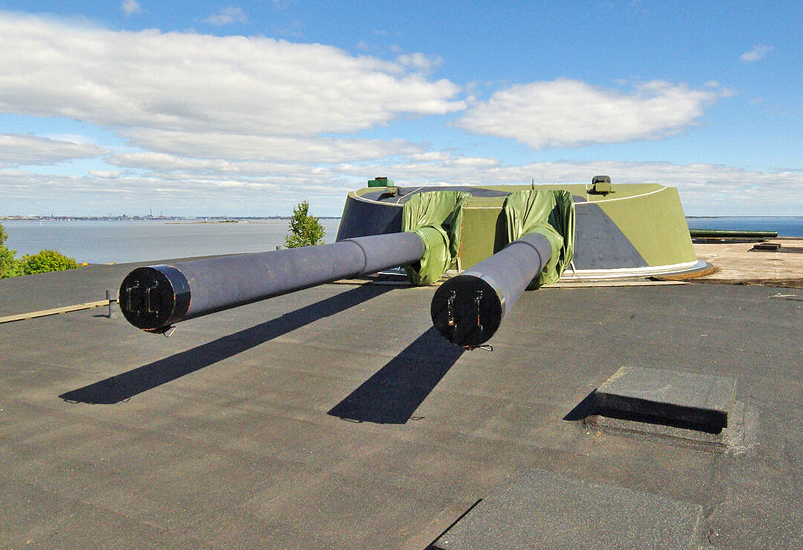 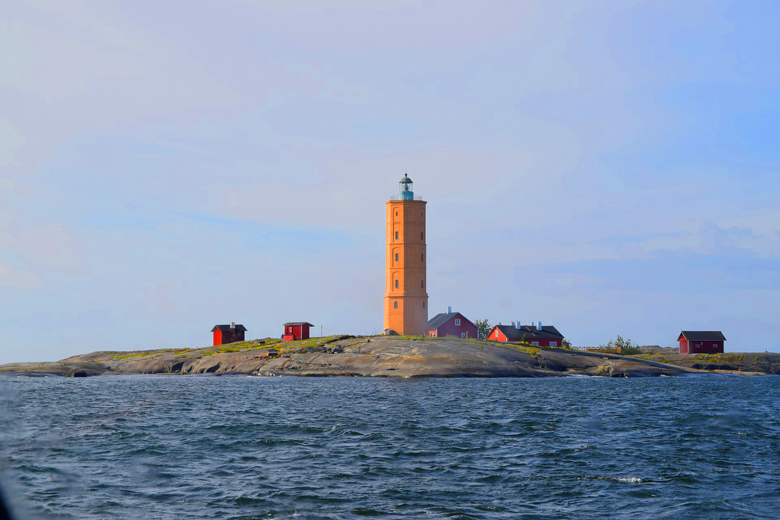