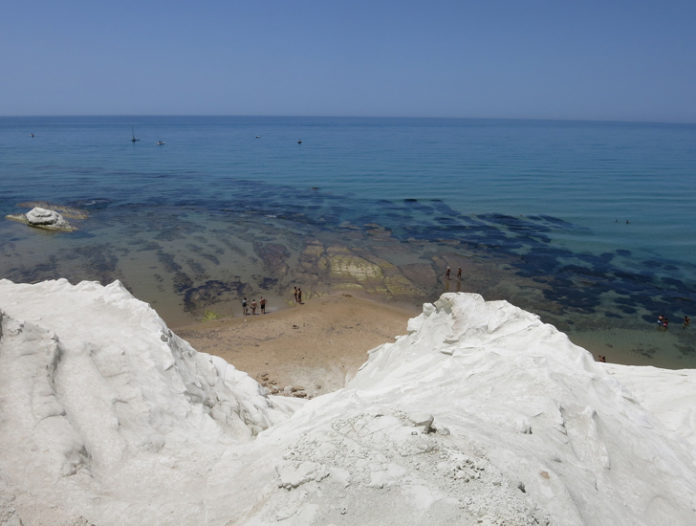 The Scala dei Turchi (Italian: “Stair of the Turks”) is a rocky cliff on the coast of Realmonte, near Porto Empedocle, southern Sicily, Italy.

It has become a tourist attraction, partly due to its mention in Andrea Camilleri’s series of detective stories about Commissario Montalbano. The Scala is formed by marl, a sedimentary rock with a characteristic white color. It lies between two sandy beaches, and is accessed through a limestone rock formation in the shape of a staircase, hence the name. The latter part of the name derives from the frequent raids carried on by Moors.

In August 2007, the municipality of Realmonte applied for the inclusion of the Scala dei Turchi (together with the nearby Roman Villa Aurea) in the UNESCO Heritage List. The legend : The name Scala dei Turchi translates as the ‘Stairs of the Turks’, referring to the Moorish and Turk pirates who used to attack the island at these cliffs.