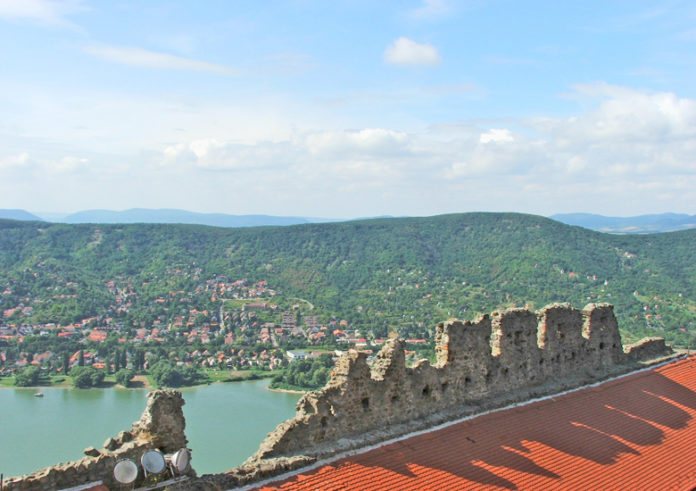 It is north of Budapest on the right bank of the Danube in the Danube Bend. It had a population of 1,864 in 2010. Visegrád is famous for the remains of the Early Renaissance summer palace of King Matthias Corvinus of Hungary and the medieval citadel.

History : Visegrád was first mentioned in 1009 as a county town and the chief town of an archdeaconry. After the destructive Mongol invasion of Europe in 1242, the town was rebuilt in a slightly different location to the south. King Charles I of Hungary made Visegrád, his hometown, the royal seat of Hungary in 1325. In the same time his diplomat Stephen Sáfár was appointed castellan. In 1335, Charles hosted at Visegrád a two-month congress with the Bohemian king, John of Luxembourg, and the Polish king, Casimir III. It was crucial in creating a peace between the three kingdoms and securing an alliance between Poland and Hungary against Habsburg Austria. Another congress followed in 1338.

Sigismund, Holy Roman Emperor and King of Hungary and Croatia, moved the royal seat to Buda between 1405 and 1408. King Matthias Corvinus of Hungary used Visegrád as a country residence. Visegrád lost importance after the partition of the Kingdom of Hungary following the Battle of Mohács in 1526. In 1991, the leading politicians of Hungary, Czechoslovakia, and Poland met here to form a periodical forum, the Visegrád group, with an intentional allusion to the meeting centuries earlier in 1335.

Between 1477 and 1484 Matthias Corvinus had the palace complex reconstructed in late Gothic style. The Italian Renaissance architectural style was used for decoration, the first time the style appeared in Europe outside Italy. After the Ottoman Turks’ siege in 1544, the palace fell into ruins. By the 18th century it was completely covered by earth. Its excavation began in 1934 and continues today. The reconstructed royal residence building is open to the public and houses exhibitions on the history of the palace and reconstructed historical interiors.