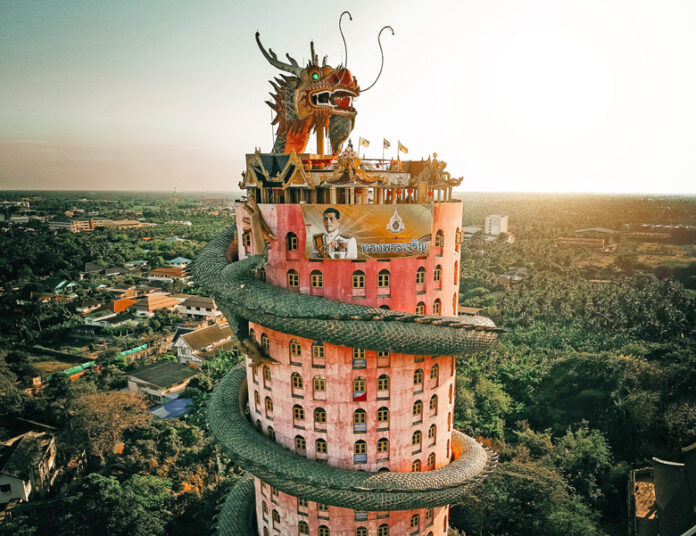 Wat Samphran is an  17-storey high Buddhist temple in Nakhon Pathom province,In the town of Nakhon Pathom, located 56 kilometers west of Bangkok, the capital of Thailand.

The Wat Samphran  temple is famous for its 17-storey pink cylindrical building with a giant dragon sculpture that curves its entire height. The interior of the dragon sculpture has stairs, however it has deteriorated due to the environment. The temple also houses a huge Buddha statue as well as many additional Buddha statues.

The Wat Samphran temple houses stunning statues and shrines, including a giant bronze Buddha. The dragon itself is reportedly hollow, and visitors can only walk through some parts of it, while other parts of the temple remain closed to the public.
Wat Samphran – Dragon Temple is one of the little-known temples in Thailand, but the most unusual and picturesque in the vicinity of Bangkok. The temple is popular with many Thais who come here for various ceremonies and meditations.