Cadaques is a small town on the coast of northern Catalonia, Spain. Local roads provide access to Cap de Creus, the easternmost point of the Iberian peninsula, about 6 km away and the conservation area around it. The French border is about 20 km to the north. The town is a highly visited destination in its own right, but it also contains on its outskirts at Port Lligat the summer home built by Salvador Dali, which since his death has also become a tourist destination. Prior to the explosive growth of beach tourism in Spain, Cadaques was a sleepy fishing town, and some elements of this past exist to this day.

Attractions : Dali’s House. Dali spent many summers in Cadaques and had constructed a house which is now a museum. This house is located in Port LLigat, which is approximately 15–20 minutes walk from the center of Cadaques. If you want to visit, you have to book your timeslot in advance, as only about 10 people every 10 minutes are allowed to enter: tel. 972 25 10 15
Beaches: there’s a topless-friendly beach, left side from the downtown when you arrive by car.

Access : Coordinates : 42.289, 3.275 / By train :  There’s no direct train connection to Cadaques, but you can make the first part of your ride by train. From Barcelona, one way to reach Cadaques is by train from the Plaza Catalunya, at the center of the city on the west point of Las Ramblas. From here, hop on a train heading North to Figueres, a journey that should last about an hour and a half. From the Figueres train station, walk straight out into the city and you’ll see the bus station on your left. From here, you can hop on a bus to Cadaques(which leave frequently), where you’ll take an hour long journey up through the Catalonia hills and at last down into the beautiful sleepy town of Cadaques.

By bus :  The company Sarfa  operates a daily service direct from Barcelona to Cadaques. The timetable changes depending on the season. The buses leave from the North Station which is close to “Arc de Triomf” (and metro station) and is also within walking distance from the centre of the city (about 35 minutes walk). Beware holidays! The timetable is reduced considerably and you might have to wait 7 hours between the busses, especially if you want to leave Cadaques and catch a plane… In this case you can take a taxi to Rosas and hop there on one of the more frequent buses.

By boat :  It is possible to catch a ferry from the nearby town of Roses. During much of the year these ferries travel several times a day. by car :  Arriving by car is quite easy there are several free parkings in the city. One of them is left side from the downtown when you arrive by car, close to the beach (open 9AM-8PM). 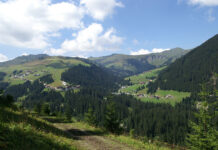 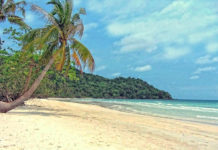 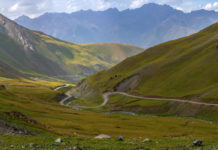 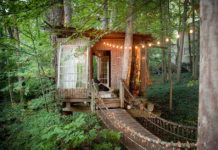 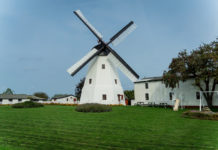