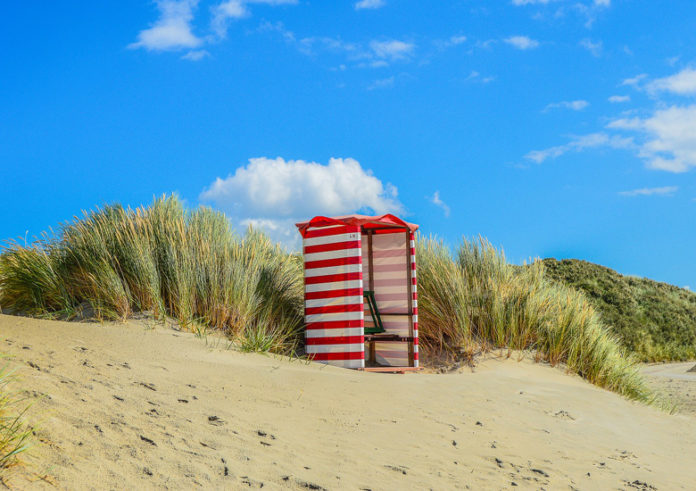 Borkum is the biggest of the East Frisian Islands (  Germany   ) by area and the second most populous.

Understand : In some ways Borkum is “the odd one out” of the East Frisian Islands. The largest in area and second only to Norderney in population, it is also (together with Norderney) one of only two not to ban motor vehicles. Due to its position north of the mouth of the river Ems, the North Sea has a strong influence on the climate, which is unique among German islands except Heligoland and Borkum.

The island used to consist of two separate parts before natural land accumulation and human land reclamation united the two parts in the 19th century with the “Tüskendör-See” sitting at the place where the two islands used to be split just east of the airfield. Due to it being the westernmost of the East Frisian Islands, it is actually quicker to reach from the Netherlands than from mainland Germany. If you squint the island looks a bit like a dolphin.

Access : Coordinates: 53.588056, 6.669722 / By plane :  1 Borkum Airfield (BMK IATA). This airfield sees general aviation flights as well as regular flights through Yourways (from Wilhelmshaven) and OFD  By boat :  2 Harbor (Reede). AG Ems serves Borkum from Eemshaven (Netherlands) and Emden (Germany) several times daily. Prices start from 18€ one way. Ferry tickets automatically include the corresponding ride on the island railway to/from the Borkum harbor. Emden Außenhafen has been served by Deutsche Bahn for decades, whereas Eemshaven only got a direct rail link to Groningen in March 2018.
By train :  Even though Borkum may have one major downside for train travel, namely several kilometres of sea surrounding the island, the ferry harbours of Emden and Eemshaven can be reached via train. Eemshaven is just over three hours by train coming from Schiphol Airport, costing roundabout €26, while your journey from Bremen, the closest large airport on the German mainland, to Emden takes roughly an hour less and costs upward of €20.

Get around :  By train :  Island Railway. With stops at the harbor and at 3 Borkum Bahnhof in the centre of town, this is a good way to get to your lodgings in addition to its value as a tourist attraction. The rather unique gauge of 900 mm might interest railway enthusiasts as might the occasional use of steam locomotives.
By bus :  There are buses run – like the railway – by Borkumer Kleinbahn  By car :  Unlike all other East Frisian Islands except Norderney, Borkum does not ban cars. However, you may not drive in the core of the settlement during the summer season and in other parts driving between 21:00 and 7:00 is prohibited.

By bike :  As the island is rather flat, the only thing standing between you and enjoyable bike trips are the persistent westerly winds. On foot :  The settlement is small enough to be walkable even for the moderately fit and the size and general flatness of the island should not pose a challenge for those who intend to walk the length and breadth of it.