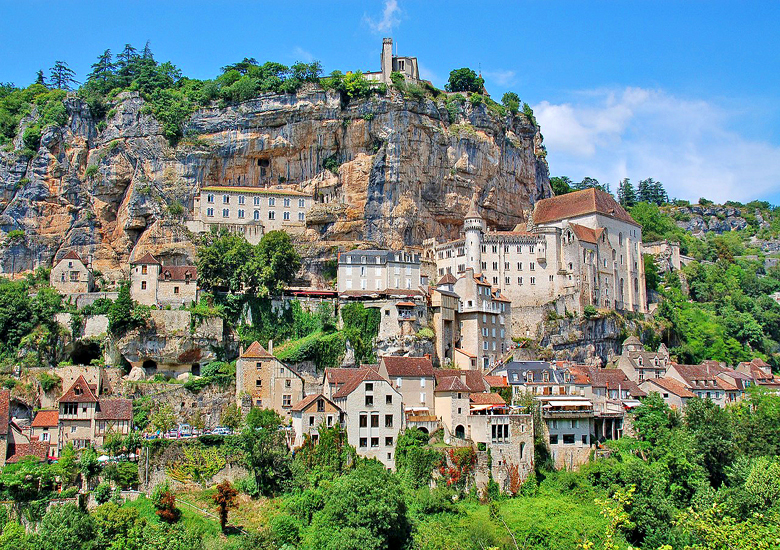 Rocamador or Rocamadour  is a village located in the department of Lot, in the Occitan region. southwestern France. It is located east of the city of Bordeaux and north of the city of Montauban. It is part of an open valley in the calcareous mountain of the Causse by the Alzou river. Its name comes from the relics of San Amador whose body, presumably incorrupt, was found by Benedictine monks inside the Marian shrine, in the year 1162.

This town, due to the great beauty of its situation, makes it suitable for artists and excites the curiosity of archaeologists; but its reputation comes especially from the famous sanctuary of the Black Virgin, which for centuries has attracted pilgrims from all countries, including kings, bishops, and nobles.

lthough the pilgrims of the Middle Ages made the path of Santa Maria de Rocamadour, the new road to Santiago, chosen in the twentieth century thanks to the hiking trails called GR, transformed this direction into a variant of the Puy-en-Velay path . Along this new path, you can find many carvings dedicated to the Black Madonna.

The city also gives Rocamadour its name to milk cheese with denomination of origin, since 1996, which is made with a certain type of goat. The town is a member of the association «Reseau Grands Sites de France», although it has not yet deserved the distinction of Grand site de France.

Access : Coordinates: 44.8003, 1.6186  / By train : The Rocamadour / Padirac train station is located just under 5 km northeast of the town center. Seven times daily there are regional express trains (TER) from Brive-la-Gaillarde (journey time 40 minutes approx.) and Rodez (1:45 hours). Coming from Paris, change at Brive-la-Gaillarde (5:20 hours from Gare d’Austerlitz), from Toulouse in Figeac (3 hours in total). Once a day there is a continuous night train from Paris.
/ By car : Rocamadour is near the motorway A 20 (Paris-Toulouse), coming from the north, leaving at the junction  54 Gouffre de Padirac / Gramat / Rocamadour (from there it is still 31 km), coming from the south on the  56 Aurillac / Sarlat / Figeac (25 km). From Limoges it is 145 km, which takes about 1 ½ hours, from Toulouse 170 km (2 hours), from Paris 530 km (5:15 hours).
/By plane : Closest international airport is Toulouse-Blagnac. From there it is about 165 km to Rocamadour (about 1:45 hours by car). Closer but much smaller is the airport Rodez-Aveyron (105 km, 1:35 hrs). It is also possible to consider arriving via Limoges Airport (165 km, 1:45 hrs).
On foot : Through Rocamadour, the long-distance trail GR 6 leads from Sainte-Foy-la-Grande (Gironde) to Saint-Paul-sur-Ubaye on the Franco-Italian border in the Alps  the GR 46 from Toulouse to Tours; and a side branch of the Way of St. James from Clermont-Ferrand to Cahors. 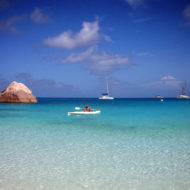 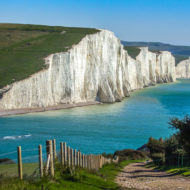 8 hours ago
@mjpet007 Hello, I can certainly look into this for you. To get started, can I please have your Envato Elements username via DM? Thanks! ^TP

9 hours ago
@carolasanche please share with me your ticket number and I will be happy to follow up.  Regards,

9 hours ago
@JulianPinard Hi! Please open a support ticket with us via  https://t.co/WrLZctSsZX  We are not able to offer acco… https://t.co/tztwJ1DtbN