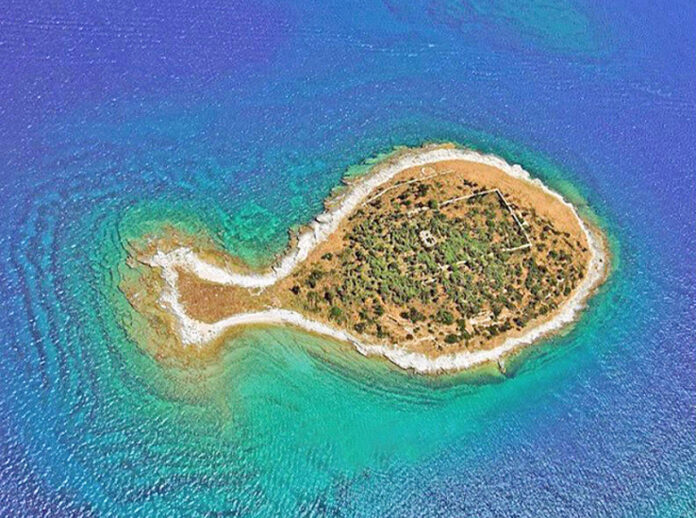 This uninhabited islet looks like a cracker fish. Its name is Gaz and it is one of the 14 islands of the Brijuni archipelago, in the Istria region of Croatia.

The area of Fish shaped island ​​Gaz  is only 6.28 hectares, and the length of the coastline is 1.13 km. This means that it would be possible to bypass it around the perimeter in just 20 minutes! But the island is closed for visiting, so you can only admire it from a bird’s eye view.
National Park Brijuni  is an archipelago of 14 islands. It is rightfully ranked among the most beautiful national parks in Croatia and is considered one of the most important and most significant sights of the country.
The group of islands in 1983 was united into the Brijuni National Park, and the Gaz island became the prototype of its logo – a small fish. The Fish shaped island gas is closed to the public.

Go next : Explore The Brijuni archipelago / Pula, a town at the tip of the Istrian peninsula in northwestern Croatia. / Fažana , a village in the Istria region, Croatia.