El Hoceima is a port city on the Mediterranean coast of northern Morocco. , capital of the homonymous province, which is part of the Tangier-Tetouan-Al Hoceïma region.
SHARE

El Hoceima is a port city on the Mediterranean coast of northern Morocco. , capital of the homonymous province, which is part of the Tangier-Tetouan-Al Hoceïma region.

El Hoceima is one of the youngest cities in Morocco. Founded by the Spaniards in 1926 under the name of Villa Sanjurjo. The name was given in honor of General José Sanjurjo, who, during the Rif War, landed on the sandy beach of El Hoceima and declared it the possession of the Spanish crown.

During the first decades, Sanjurjo served as the resort center of Spanish Morocco. After the transfer of the coastal zone to Morocco, the population of El Hoceima remained mostly Hispanic.The three Alhucemas Islands, which lie just a few hundred meters off the coast of Al Hoceima, still belong to Spain today. There is a Spanish military base there, but no permanent population.
Today Al Hoceima is rated as one of the cleanest and safest cities in Morocco, tourism is an important economic activity , Al Hoceïma is a resort famous for its beaches and luxury mansions it is characterized by its sandy and pebbly beaches such as Cala Iris, Bades, Torres, Quemado and Tala Yussef, as well as its mountainous, rocky areas.

Access : Coordinates: 35.247222, -3.932222 / The city located on the northern coast of Morocco (Mediterranean Sea), 291 km from Tangier to the west and 205 km from Saidia and the Algerian border to the east.
/ Al Hoceïma has ferry connections with Malaga, on the Spanish coast./ There is also a small international airport, but it is not very busy, despite having flights to some major Moroccan cities and one or two to European cities.

Go next : The Al Hoceima National Park / The towns of Aduz and Tausart: picturesque towns, the first of which contains an ancient mosque dating from the Middle Ages. 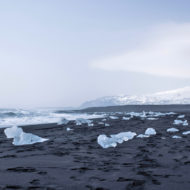 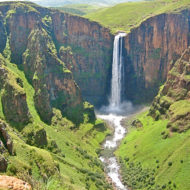 3 hours ago
@dedegunawan1994 We are sorry to hear about this, we'll do our best to resolve this ASAP. Due to the nature of this… https://t.co/K87v2o9ncu

17 hours ago
@mjpet007 Hello, I can certainly look into this for you. To get started, can I please have your Envato Elements username via DM? Thanks! ^TP

18 hours ago
@carolasanche please share with me your ticket number and I will be happy to follow up.  Regards,