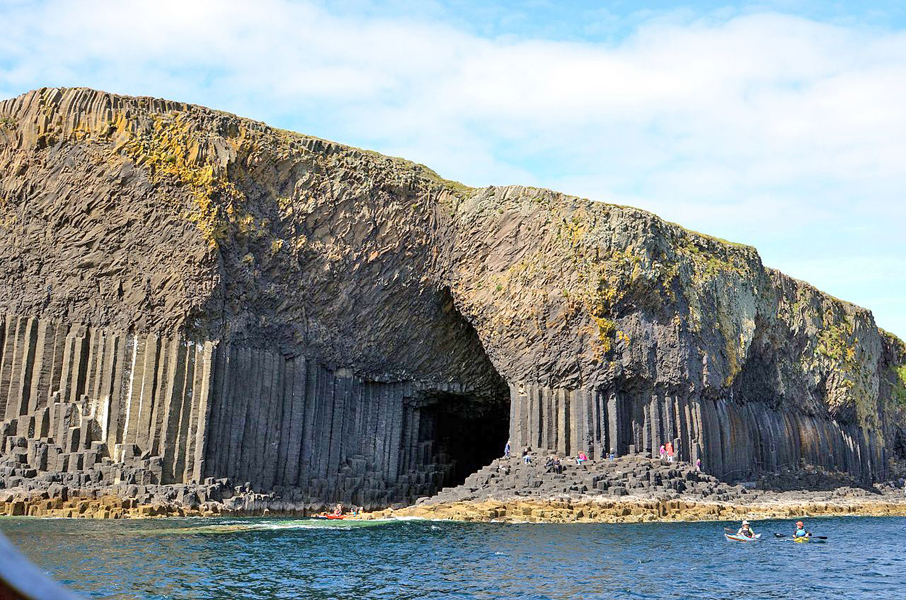 Fingal’s Cave  is an 85 meter long cave on the uninhabited Scottish island of Staffa in the Inner Hebrides, United Kingdom.

The small island is surrounded by basalt cliffs resembling columns. The ancient Vikings called it “The Island of Columns”The length of the amazing cave is about 113 meters, and the width of its entrance is about 16.5 meters.
The cave received its current name from Mendelssohn’s overture “Fingal’s Cave”, inspired by the melodic consonances that he heard while visiting the cave in 1829. Fingal  is the legendary hero of the gray-haired Celtic antiquity, about whom James MacPherson told the world in one from the poems of the Ossian cycle. According to legend, Fingal  built a mound between Scotland and Ireland, the so-called Giant’s Road.

The arched entrance to the Fingal’s Cave is too narrow for boats. In the 19th century, Fingal’s Cave was a tourist attraction, up to 300 tourists a day landed on Staffa to visit the cave. Famous visitors were Queen Victoria, Walter Scott, Felix Mendelssohn Bartholdy, John Keats, Theodor Fontane and William Wordsworth.
Tourists can make their way inside along a narrow path just above the water’s edge. Looking out from the cave, one can discern the outline of the sacred island of Iona – the burial place of ancient Scottish kings, including Macbeth.
Along with the Giant’s Causeway in Northern Ireland, it is one of the most famous basalt formations in the United Kingdom.

Go next : Glengorm Castle, also known as Sorn Castle, is a 19th century country house on the Isle of Mull in Scotland / The sacred island of Iona – the burial place of ancient Scottish kings, including Macbeth. 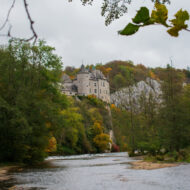 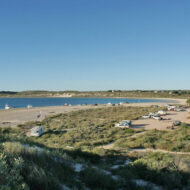