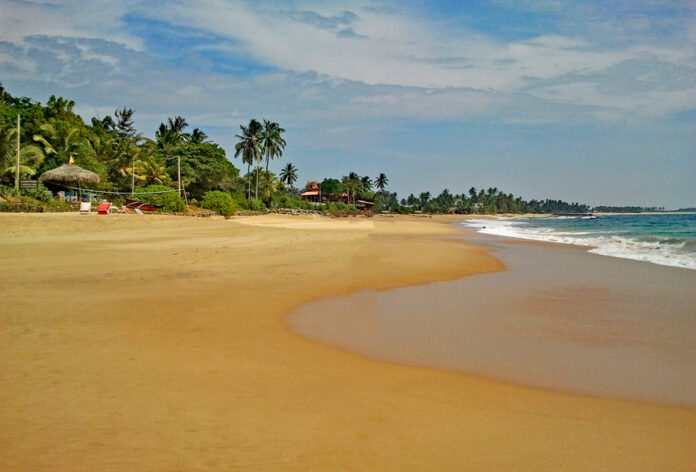 Hikkaduwa is a small resort town on the west coast of Sri Lanka, about 100 kilometers south of Colombo.

The beach area of Hikkaduwa stretches along the coast for almost 10 kilometers, and its most saturated part is concentrated within about five kilometers.
The Hikkaduwa Beach is generally good and very long. Almost throughout the entire length of the resort, it is wide enough,equipment rental are everywhere on the beach. As for diving and snorkeling.
The entire infrastructure is located along a fairly busy road , which is separated from the beaches by dense buildings of hotels, restaurants and houses. There is also  cafes, travel agencies, etc.This resort, friendly and calm, is considered the center of tourism in Sri Lanka.

Go next : Koggala is interesting for its lake, which stretches along the beach for many kilometers./ the Temple of the Sacred Tooth of Buddha in Kandy.