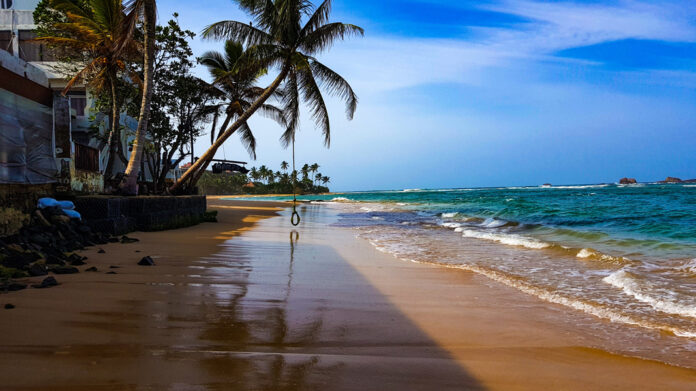 Hikkaduwa is a small town and popular resort, located 120 km south of the capital of Sri Lanka, Colombo.
Until the 1970s, Hikkaduwa was a calm fishing village. It was then discovered by young  Travelers who enjoyed the beauty of beach life there as hippies or surfers.

Hikkaduwa is town with developed infrastructure ,There is  a chain of hotels, cafes, travel agencies, etc. across the street. There are sidewalks along the road,There are a lot of accommodation options in Hikkaduwa, prices are low compared to other resorts.
Hikkaduwa is one of the most popular and developing resorts in Sri Lanka. In the 70s, it was the favorite hippie beach, today it is a more democratic alternative to the popular and stylish Bentota first of all, among fans of active recreation. Along all three beaches of Hikkaduwa, the main tourist infrastructure is concentrated. This resort, friendly and calm, is considered the center of tourism in Sri Lanka.

Go next : Tangalle, which is famous for its amazing sandy beach. / Unawatuna, which, according to the Discovery Channel, is one of the “ten” best beaches in the world.