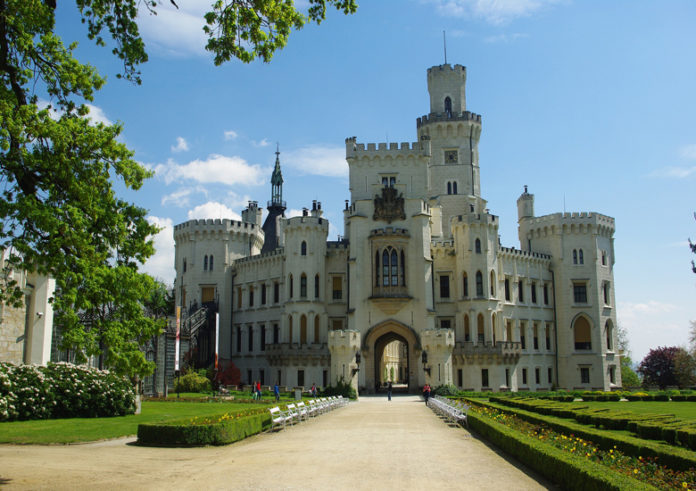 History : In the second half of the 13th century, a Gothic castle was built at the site. During its history, the castle was rebuilt several times. It was first expanded during the Renaissance period, then rebuilt into a Baroque castle at the order of Adam Franz von Schwarzenberg in the beginning of the 18th century. It reached its current appearance during the 19th century, when Johann Adolf II von Schwarzenberg ordered the reconstruction of the castle in the romantic style of England’s Windsor Castle.

The Schwarzenbergs lived in Hluboka until the end of 1939, when the last owner (Adolph Schwarzenberg) emigrated overseas to escape from the Nazis. The Schwarzenbergs lost all of their Czech property through a special legislative Act, the Lex Schwarzenberg, in 1947.  Hluboka Castle is a National Cultural Monument of the Czech Republic.

Events : Ohrada´s and National Hunting festivities  :This event that takes place every year at the end of june / Southbohemian wine festivities : In the rennaissance period an original castle winery was planted in Hluboká. Castle vintage taking place every september continues the tradition / Summer with a theatre : From the half of june till the end of august you may visit a traditional event on Hluboká, that will please theatre lovers. / Music festival in Hluboká : In July and August you may visit a whole series of musical performances (of various genre) in Hluboká.