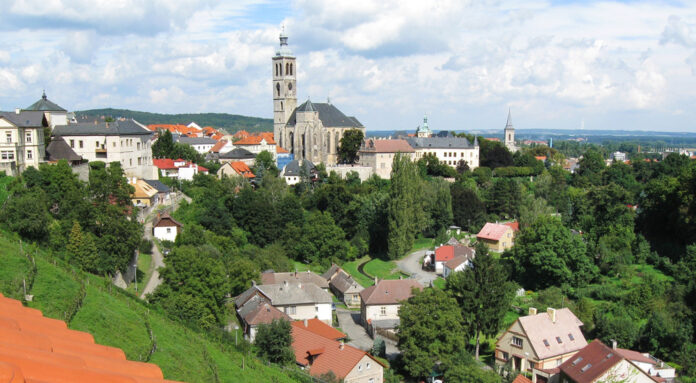 Even though Kutná Hora has a slightly gray, modern architecture, it was inscribed on the UNESCO World Heritage List in 1995 due to the historic city center, including the Church of St. Barbara and the Cathedral of Our Lady in Sedlec. There are beautiful buildings on both ends of the city, and the higher parts of the city have restored older architecture with medieval, gothic, renaissance and baroque buildings.

Access : Coordinates:49.948333, 15.268333 / The most convenient way to get to Kutná Hora is from Prague by bus / By train : There are three stations within the city: Kutná Hora-main and, on the branch, Kutná Hora-Sedlec and Kutná Hora město. The last station is the closest to the historical part of the city. / By car :
Kutná Hora is situated on the road 38 Kolin-Havlíčkův Brod and No. 2 Prague-Pardubice.

Go next : Kolín, 13 km to the north-west, trunk road 38. City on the Elbe with a listed historic center.