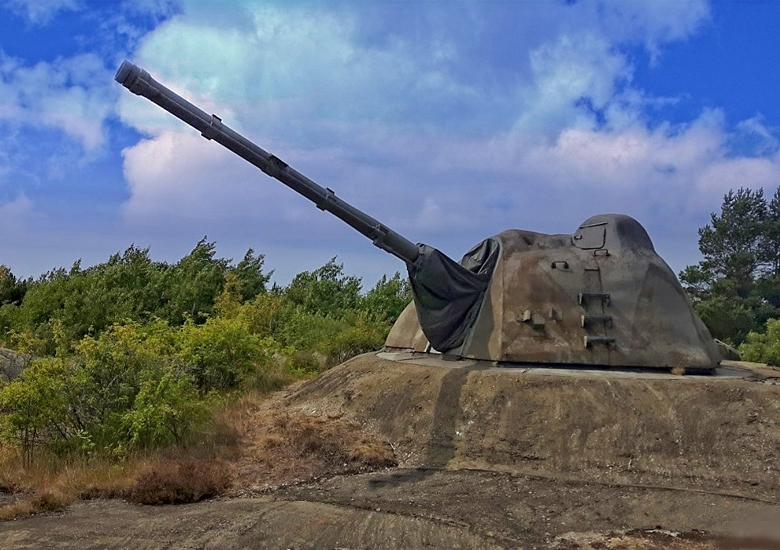 The battery at Landsort is an artillery battery that stands on the island of Öja outside Nynäshamn , (  Sweden ). The facility would protect Stockholm from a Soviet attack during the Cold War and was in use from 1977 to 2000.

The secrets inside the rock rooms have long been hidden from the public. Now a unique opportunity is opened for the public to see how Swedish engineering was used to defend the democratic Sweden during the Cold War during the years 1977-2007.
In the battery there was also the ammunition floor with room for 1000 artillery shells and a four-storey steel construction. In the battle management bunker there were kitchens, toilets, storerooms, power plants, and facilities for a total of 82 men. The soldiers’ lodge still stands. The technical equipment was exclusively of Swedish origin with the 1970s standard, the technology was world-leading and exported.
ERSTA (Replacement Heavy Artillery) was built during the 1970s in strategically important places along the Swedish coast as a replacement system for the older coastal artillery batteries from World War II that have become outdated, among other things because of the atomic bomb threat. It was planned to build a total of 18 batteries along the Swedish coast but only six were completed due to cost reasons.
Today there is only one piece preserved,  in northern Landsort. The howitzers  gun barrels point threateningly to the east.
Older 152 mm battery:
On the island there are partly an older 152 mm battery, official designation battery LO, which was an artillery battery on the island’s southern cape that was in use from 1938 until the end of the 1960s. The battery consisted of three playgrounds, each with a 152 mm  howitzer. The shore battery was part of the so-called seaband line. The batteries were overrun by the nuclear threat and began to be phased out in the 1960s to be replaced by the ERSTA batteries

Access : Coordinates: / 58.739167°, 17.865833° / Location : The battery is located on northern Landsort and can mean three km walk from the village where the boat usually adds. / by public transport: Bus 852 from Nynashamn’s station towards Toro, Ankarudden. The buses are adapted to the boat schedule.Then the boat to Landsort , The boat does not take cars. You can only go by bike or walk on the island. Traveltime with the boat: 40 minutes.Tickets are purchased during the trip on board, it is possible to pay by credit card,
by car:
Drive road 73 towards Nynashamn. Turn off before Nynashamn at the sign: Nynashamn Norra (north), Herrhamra. Just after the bridge turn right, sign Toro Herrhamra. Then you will have 20 km left before arriving to Ankarudden. Run as far as the road goes, the road is very narrow.

Parking near the pier. There are around 100 parking lots, you can not make reservations.
Price: 10 SEK/hour, 60 SEK/day / If you visit Landsort with your own boat, there is a guest harbor in the north. 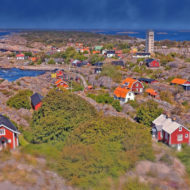 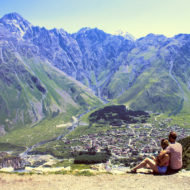