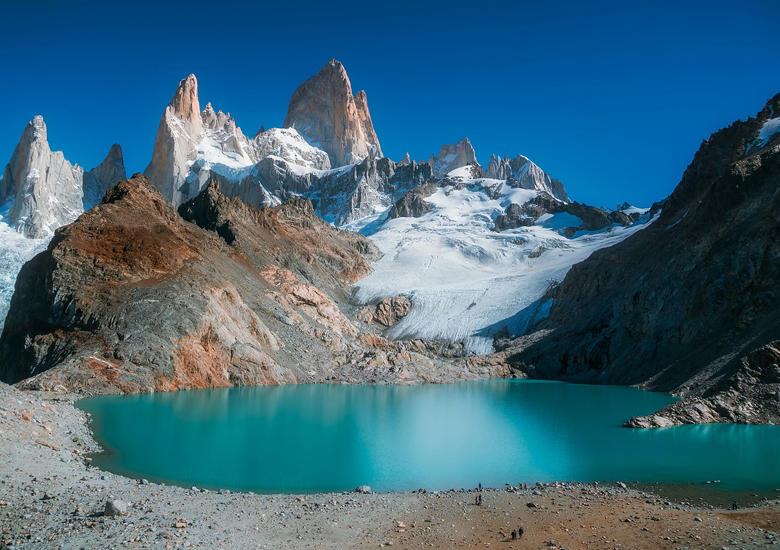 Patagonia is a region in southern Argentina.

Understand : The region is bordered in the north by the Cuyo and Pampas regions, by Chile’s part of Patagonia in the west and by the Atlantic Ocean in the east. South of it lies the archipelago of Tierra del Fuego, the Land of Fire. Geography : The enormous terrain is divided into two sub-regions. The West, with the southern Andes, is a green and humid area with woods, beautiful lakes and glaciers in the southern part. Here, most major tourist attractions like the Nahuel Huapi and the Los Glaciares National parks are located, and there are also South America’s premier ski resorts.

It is an outdoor sports paradise, with many options for walking, trekking, mountain-biking, paragliding and rafting. In the North, a transition region to the dryer Central Andes, the beautiful Pehuen or Araucaria woods can be visited. The climate of this region is relatively cool and rainy, but much sunnier than the Chilean side of the Andes. Above an altitude of 1000 m, snow is common in winter.

The East, with the Meseta, is a rough and windy steppe landscape that covers around 80% of the area. Its most well-known attractions are the beaches of Rio Negro province, with the warmest water temperatures in Argentina, and the nature reserve on Valdes Peninsula in Chubut province. There are little known but very beautiful areas like the Chubut river valley, the colourful petrified woods and the enormous lakes around Sarmiento, the Chocon and Piedra del Aguila reservoirs in Neuquen and the bays and mountains surrounding Comodoro Rivadavia. The climate is temperate, with surprisingly hot summers in the North and more temperate temperatures in Santa Cruz, cool to cold winters with almost no snowfall and many windy days, above all in spring.

Cities
Neuquen Province
1 Neuquen – The largest city in Patagonia and the cultural centre of the Upper Rio Negro valley, a modern city with good river beaches, about 260,000 inhabitants.
2 Villa la Angostura – A lake side town opposite from Bariloche with access to National Park Los Arrayanes and the 12-km trail to the famous Bosque Arrayanes.
Rio Negro Province
3 Viedma – The capital of the Rio Negro Province in the east with the El Condor beach resort, along Ruta 3 between Bahia Blanca and Las Grutas.
4 El Bolson – A small hippie town (founded in the 1970s) in a mountainous valley about 120 km (75 mi) south of Bariloche. There’s a twice weekly outdoor flea market, and nearby are many decent hiking opportunities, like Lago Puelo.
5 San Antonio Oeste – A port city with the popular Las Grutas beach resort town, as well as the picturesque Playa Las Conchillas and Playa Piedras Coloradas nearby.
6 San Carlos de Bariloche – A busy tourist destination and ski resort with 100,000 inhabitants, located in a stunningly beautiful landscape in the Southern Andes at the shore of the Nahuel Huapi lake inside the Lake District with many popular national parks nearby.
7 Colonia Suiza – A picturesque village with Swiss origins near Bariloche.
8 Sierra Grande – A desert town with nice beaches, about 150 km north of Puerto Madryn.
Chubut Province
9 Comodoro Rivadavia – At the Atlantic coast, a busy city located between colourful hills and beaches, with about 200,000 inhabitants and Argentina’s petrol industry centre.
10 Puerto Madryn – A tranquil city and gateway to the Valdes Peninsula nature reserve and the penguin colony Punta Tombo, with a good beach and a well known diving destination; about 100,000 inhabitants.
11 Esquel – In the North-West of Chubut, a ski resort with about 40,000 inhabitants and a popular steam train.
12 Trelew – Gateway to the region with an airport, north of Puerto Madryn and close to Valdes Peninsula.
Santa Cruz Province
13 Rio Gallegos – South-east before Tierra del Fuego, travelling hub to reach Ushuaia and Tierra del Fuego.
14 El Calafate – A popular and very touristy destination with access to the famous Perito Moreno Glacier, though a little over-commercialised and not much hiking.
15 El Chalten – Often called the capital of trekking, an impressive and inexpensive must-see town bordered by glaciers of the surrounding Parque National Los Glaciares with the popular Mount Fitz Roy and Cerro Toro, as well as the largest glacier of Argentinia, the Viedma Glacier.
16 Puerto San Julian – At the east coast, notable as the winter camp for Magellan’s round the world expedition.
17 Gobernador Gregores – A town along Ruta 40, that suffers from strong winds and mostly closed shops during the day. Not much to see.

Other destinations :  Los Glaciares National Park in the South-West, with the Perito Moreno Glacier near El Calafate, as well as Mount Fitz Roy, Cerro Torre and the Viedma Glacier near El Chalten.
2 Valdes Peninsula near Puerto Madryn, an important nature reserve at the Atlantic coast (whales, sea lions, dolphins, penguins) which was listed as a World Heritage Site by UNESCO in 1999.
The Lake District near San Martin de los Andes, Villa la Angostura, San Carlos de Bariloche, El Bolson, and Esquel (from north to south):

Culture : Patagonia was one of the last regions of Argentina to be colonized by Europeans; though the all of the coast was visited by Magellan’s circumnavigation already in 1520. Most cities date from the early 20th century. Mainly in the Andean region, rural indigenous people from the Mapuche nation still preserve their traditions, although their language is barely spoken today. From time to time there are conflicts between indigenous settlers and land owners, but tourists are usually not affected.

In some areas, traditions of immigrant groups had a strong influence on architecture, cuisine and festivals. Among people of European origin, besides from Italians and Spaniards making up the majority of the Argentine population, the most important groups are the Welsh in Chubut province, the English in Rio Gallegos and the Germans in the area around Bariloche. Neuquen hosts a strong community of Chilean origin, and Comodoro Rivadavia is home to a large immigrant group from Bolivia.

Access : Coordinates: -41, -68 / By plane : The biggest airports in the region are the Bariloche and the Neuquen airport, with flights to several Argentine destinations. For the Atlantic region, the Trelew airport (near Puerto Madryn) and Comodoro Rivadavia offer the best connections. El Calafate is served by Comandante Armando Tola Airport, Aerolineas Argentinas goes here along with Aerochaco, LADE Airlines, and LAN Argentina. Also Rio Gallegos has an airport, this airport is served by Aerolineas Argentinas, Austral Lineas Aereas, LAN Chile and LAN Argentina.

By car :  National Route 40 borders the Patagonian Andes from north to south, connects the region with Mendoza province and is a major tourist route. Chilean Route 255 (this road comes out from Route 9) crosses into Argentina becoming Route 3, the most important connection of the Atlantic coast, connecting it with Buenos Aires and other major Central Argentine cities. More routes in this region include the east-west connections Route 22, 23, 25 and 26 and Provincial Route 5 in Santa Cruz, connecting Rio Gallegos and the Los Glaciares area.

By bus :  In Argentina many travellers usually travel by long distance buses. These trips are much more longer than travel by plane, but can be much cheaper, too. For example travel from Buenos Aires to Neuquen takes about 16 hours, but by plane the trip takes about 2 hours. Check this the Argentinian bus company’s website for example, to check prices or schedules. It is recommended to buy the ticket two or three days before the trip (at least) to get a better price for it.

Get around  : By bus :  The best connections are alongside Ruta Nacional 3 at the Eastern side of Patagonia. In the South Andes, there are pretty good short- and mid-distance connections, but there is no line going directly from the northern part around Bariloche to Los Glaciares. Beware that in the summer buses are often full, you should book some days in advance (above all around Christmas, New Year, January 15 and January 31).

By train :  There is a fairly well-maintained night train service connecting Viedma, San Antonio Oeste and Bariloche. All other long-distance passenger service are suspended. By thumb :  Once you are sufficiently south in Argentina and Chile it is easy and safe to hitch-hike. Save money on bus travel and hitchhike your way up and down Ruta 40 or Ruta 3. However, a tent is advisable due to the large distances, lack of budget accommodation and sometimes rare traffic. If you don’t have a tent, try to start hitchhiking really early in the morning so you don’t arrive after nightfall. New places seem much more interesting and welcoming in the daytime. Always have a backup plan, the weather in Patagonia can be strenuous.

Most often you will be picked up by truck drivers that are bored and are trying to stay awake; they usually want to talk. As a woman, try not to fall asleep when hitch-hiking and be careful, even if it is Patagonia.

Go next :  Chile – Many people cross between Chile and Argentina in Patagonia, or even go forth an back depending on the sights and travel options. / Tierra del Fuego — the very south of Argentina, though if you travel overland you still need to travel through Chile. 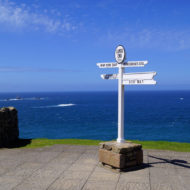 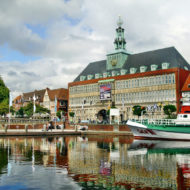