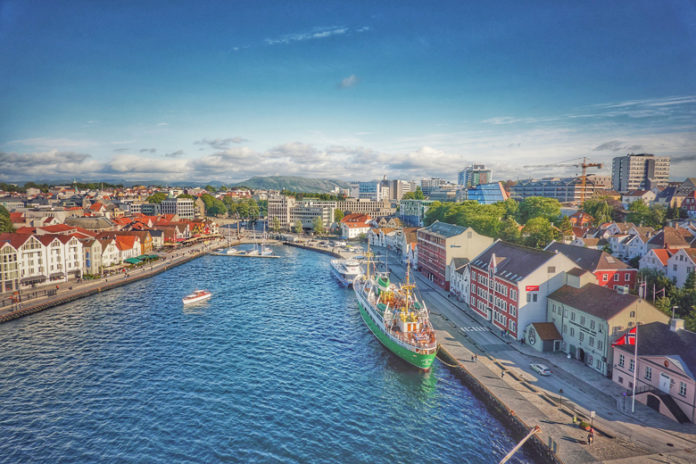 Stavanger is a town and  in southwestern Norway, the administrative center of the Ruhalan district. Stavanger is called the Norwegian Oil Capital.
In 1125, the city was founded by King Sigurd Jursalfar as a bishopric. But only in the 19th century, when new fishing techniques and larger vessels allowed fishing on an industrial scale, Stavanger grew but to noteworthy size. In 1800, the city had around 2,000 inhabitants, but 60 years later it was already around 15,000. The fish industry created new jobs in shipbuilding, in the manufacture of equipment for deep-sea fishing, and not least also established a new industry: the production of canned fish.

This town of just over 100,000 inhabitants has some of the most incredible natural attractions in the country. In 2008 Stavanger was European Capital of Culture.

Access : Coordinates: / By train :
Stavanger station, Sentralstasjonen, Jernebaneveien 3, is the terminus of Sorlandsbanen, which runs from Oslo via Sandnes, Egersund and Kristiansand along the south coast. The train station is centrally located, the way to the city center can be reached on foot in 5 minutes.
/ By bus :
Starting from the central bus station Byterminalen at the station various local and intercity buses run in all directions of the surroundings. There is even a long distance bus to and from Hamburg via ferry via Kristiansand and Hirtshals in Denmark./
By plane :
The airfield of Stavanger is located in the neighboring municipality Sola. Departure of the airport bus from the central bus station Byterminalen at the station, Steig 2, or from the landing stage of the Fjord ferry at the Fiskepirterminalen. Cost: 60 or 30 NOK./
By bicycle :
Stavanger is located on the North Sea Coast Cycle Route, also known as Eurovelo 12. The bike path leads from the Swedish border along the Norwegian south coast via Kristiansand (387km) and ends in Bergen. He usually runs in parallel with the national bicycle route 1 “Sykkelrute 1”.

Get around : Most of the approximately 25 local bus lines go to the central bus station Byterminalen at the station. There are also timetables and line maps to obtain, as well as in the tourist information.