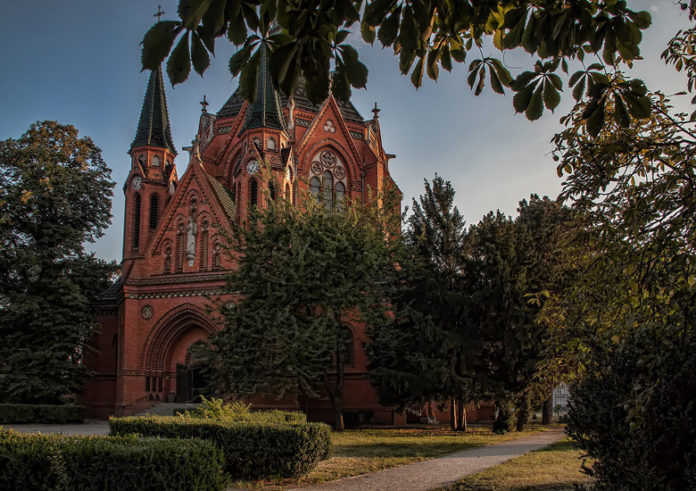 Breclav  is a town in the Moravia, South Moravian Region, Czech Republic,

approximately 55 km southeast of Brno. It is located at the border with Lower Austria on the Dyje River. The nearest town on Austrian territory is Bernhardsthal. Breclav also lies 10 km northwest of the Slovak border at Kuty and 100 km north of the Austrian capital city Vienna. History :  In the area of the town several localities have been discovered which were settled in prehistory. Of these the most important one is called Pohansko (meaning “a paganish (place)”) southeast of the town, that became a significant grad in Great Moravian times. In the 10th century it was abandoned; today there is an archaeological site with an exhibition.

Town : There was originally a market town by the castle, which was destroyed in the 15th century and then refounded closer to the castle (which is in the area of today’s town centre); the original spot has been called Old Breclav (Stara Breclav) since that time. Both the (new) market town and village of Old Breclav were badly damaged in battles during the 17th century.

The opening of a railway to Vienna and Brno in 1839 (and subsequent extensions to a junction) represented an important event, that brought industrialisation and population growth: from 2,952 inhabitants (of Breclav and Old Breclav together) in 1834 to 13,689 in 1930. As a consequence, Breclav obtained town status (1872), becoming the seat of the judicial (1850) and political (1949) district. In 1919 three original municipalities merged (Breclav, Old Breclav and Jewish Municipality of Breclav); in 1974 another two – Postorna and Charvatska Nova Ves (both were parts of Lower Austria until 1920) – were joined. In 1938-1945 Breclav was a part of Nazi Germany, although the town’s population was mostly Czech-speaking. Local Jews (4.3% in 1930) and Germans (11.6%) were expelled both during and after World War II.

Access : Coordinates: 48.758969, 16.882031 : Breclav railway station is an important hub in the railroad network (the first junction in Austria-Hungary). It is located at the intersection of the routes to and from Brno – Prague, Ostrava – Krakow/Katowice (Poland), Kuty – Bratislava (Slovakia) and Hohenau an der March – Vienna (Austria). In addition, a local railway to Znojmo also branches out from the station. The D2 motorway, linking Brno with the Slovak border, and further with Bratislava, passes close to the town.