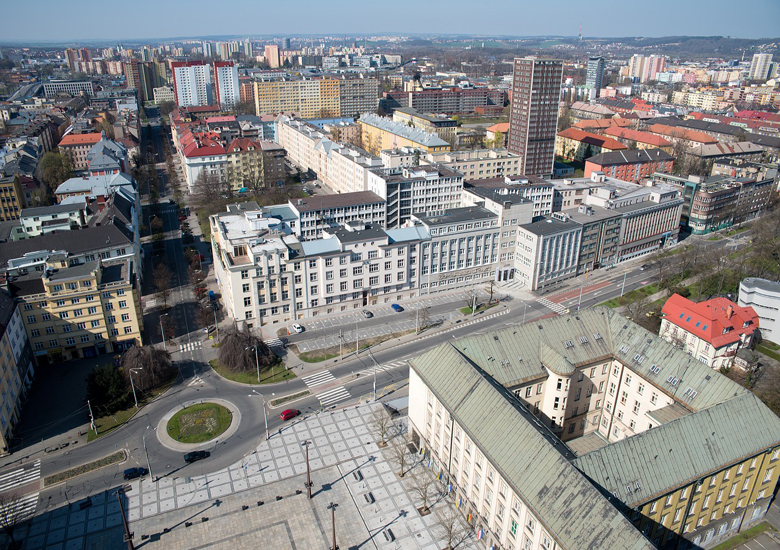 Ostrava is a city in the borderland of Moravia and Silesia in the Czech Republic.

With a population of nearly 300,000, it is the third largest city in the Czech Republic and the centre of the second largest urban agglomeration after Prague. Ostrava had been a predominantly industrial city since the 18th century, when the discovery of extensive coal deposits in the area led to an industrial boom .

Ostrava quickly grew from a small provincial town of around one thousand inhabitants to one of the largest cities in the region. As a major steel manufacturing centre, Ostrava suffered heavy destruction during the Second World War, and holds the sad distinction of being one of the most polluted cities of the European Union. Many parts have been redeveloped in recent years though, and several formerly industrial areas have become cultural centres and tourist attractions.

The settlement occupied a strategic position on the border between the two historical provinces of Moravia and Silesia, and on the ancient trade route from the Baltic Sea to the Adriatic known as the Amber Road. This location helped the town to grow and flourish. However, Ostrava began to decline in importance after the Thirty Years’ War, when it was occupied by Swedish forces from 1621–1645.

A turning point in Ostrava’s history came in 1763 with the discovery of extensive deposits of high-quality bituminous coal on the Silesian bank of the Ostravice River. In 1828 the owner of the local estates, Archbishop Rudolf Jan of Olomouc, established an ironworks, named after him as the Rudolfshutte. Later the ironworks passed into the ownership of the Rothschild family, and became known as the Vitkovice Ironworks. This company became the driving force behind Ostrava’s industrial boom. By the second half of the 20th century the city was nicknamed the country’s “steel heart”.

After the Second World War and the liberation of Ostrava by the Red Army, the city entered its greatest period of expansion. Initially the new housing projects were on a relatively small scale, focused on the Poruba district and featuring architecture in the Socialist realist style. Later the authorities built larger-scale developments of prefabricated apartment blocks in Poruba and created a series of satellite estates to the south of the city (Ostrava-Jih). The city centre was gradually depopulated and people were moved out to the suburbs. This was part of a long-term plan to destroy the city centre entirely and turn the land over to coal-mining.

The 1990s brought a rapid decline in the city’s traditional industrial sectors: iron, steel, chemicals and coal-mining. The last coal was mined on 30 June 1994. This was accompanied by major investments to rectify ecological damage done by decades of heavy industry. These projects ultimately brought major improvements in the city’s environment and quality of life. Ostrava became an important tourist centre, offering easy access to the nearby Jeseniky and Beskydy Mountains. As well as hundreds of hectares of recultivated former mining land, the city also has numerous natural landscape features of interest, many of which are protected nature reserves. These include the Polanka Forest (Polansky les) and the Polanka Meadows (Polanska niva), both of which form part of the Poodri (Odra Basin) protected nature reserve.

A rare geological feature found within the city is the granite erratic boulders – originally from Scandinavia, they were left behind after the last Ice Age when the ice sheets retreated. Another feature is the Ema slag-heap, an artificial hill made of mining waste (slag) which offers panoramic views. The waste is still burning deep beneath the surface, giving the slag-heap its own microclimate.

Access : Coordinates: 49.835556, 18.2925 / By train : Prague:  3½h, Czech Railway’s IC/EC every two hours (494Kc regular fare sold at train station before – but usually there is some discount offer, 229Kc companions in a group of 2 or more people, 150-300Kc if bought online or in advance at trainstation).
3h, Czech Railway’s SC Pendolino every one or two hours (prices as above plus 100–200Kc compulsory reservation fee, around 300Kc altogether if bought online)
3½h, new operator RegioJet several times a day. Tickets are generally sold online and start at 230Kc.
Brno: 2½h, hourly fast trains
Olomouc: 1h, IC/EC trains and SC Pendolino (compulsory reservation) every two hours. Beware of some fast trains (rychlik) from Olomouc to Ostrava, they go longer way through Jeseniky mountains for more than 3 hours.
Warszawa: 4½h, three ECs a day
Moreover there are direct connections from Vienna, Bratislava, Zilina, Krakow, Budapest and Moscow. All of them are best bought online.

There are two main stations, 1 Ostrava hl.n. in the north and 2 Ostrava-Svinov.  at the far western end of the city. Fast and international trains stops at both of them. None of the stations are within walking distance from the historic city centre. However a few trains also calls at 3 Ostrava-Stodolni, located next to the old town By bus : The main bus station in Ostrava is 4 Ostrava UAN. Student Agency offers five buses a day from Brno, the journey time is 2? hours.

By air : Ostrava has an international airport called 5 Ostrava Leos Janacek Airport.   Leos Janacek Airport Ostrava  with regular services to Prague (Czech Airlines, 3-4 times daily) and Dubai (Smartwings) Ryanair also has flights to Bergamo and London-Luton. Hourly buses from the airport to Ostrava city center through main bus station, a 40-minute ride, depart between 7:15AM and 10:15PM, tickets can be bought from drivers(35 crowns) . There is also a train to the Ostrava main railway station. Many passengers instead choose Katowice Pyrzowice Airport (KTW IATA). This airport situated 120 km (75 mi) northeast of Ostrava, and can be reached by A1/D1 motorway in about an hour. The airport has direct connections with over 30 destinations across Europe and Asia.

Tiger Express operates a shuttle bus service from Katowice Airport operates six times a day with a timetable harmonized with the airport’s air traffic. Tickets prices begin from €9 one way. The journey takes 90 minutes and free Wi-Fi and luggage transport is included in this price.

Get around : By tram and bus :  Tram and bus travel in Ostrava is inexpensive. A 15-minute ticket costs 15Kc, a 60-minute ticket 24Kc and a 24-hour ticket is 75Kc (Mar 2012) . Transport is available 24 hours a day, however there is a reduced service between midnight and 4AM. See a city line map and online timetable

Activities : Golden Spike Ostrava (Zlata tretra Ostrava), Zavodni 86 (tram stop „Mestsky stadion”). Athletics meeting, part of the IAAF World Challenge. Normally held at the end of May or beginning of June. Usain Bolt has competed here from 2007 to 2010.
Colours of Ostrava. The Colours of Ostrava international music festival features many domestic and world renowned musical acts. The festival is organised in the Ostrava city centre and in clubs on Stodolni Street every year, with the participation of more than 100 bands and DJs from around the world. The pleasant summer atmosphere is enhanced with a movie theatre presenting musical video clips and movies, a special dancing stage, drums, salsa, and belly-dancing workshops, and the Children’s World, enjoyed especially by parents and kids. It was awarded the 2005 Festival of the Year.
The International Music Festival Janacek’s May Ostrava (Janackuv maj). The Janacek May International Music Festival is the oldest and largest music festival in Ostrava, founded in 1975. It is organised by the City of Ostrava and the Janacek Philharmonic Orchestra. The festival attracts not only renowned musical talent from Europe and around the world, but also hosts musicological conferences, exhibitions and theatre performances.
Spectaculo Interesse, Pivovarska 15. In 1995, Ostrava’s Puppet Theatre held the first Spectaculo Interesse International Puppet Theatre Festival, establishing the city on the map of European puppetry 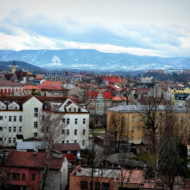 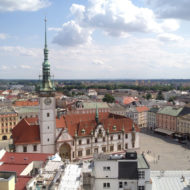 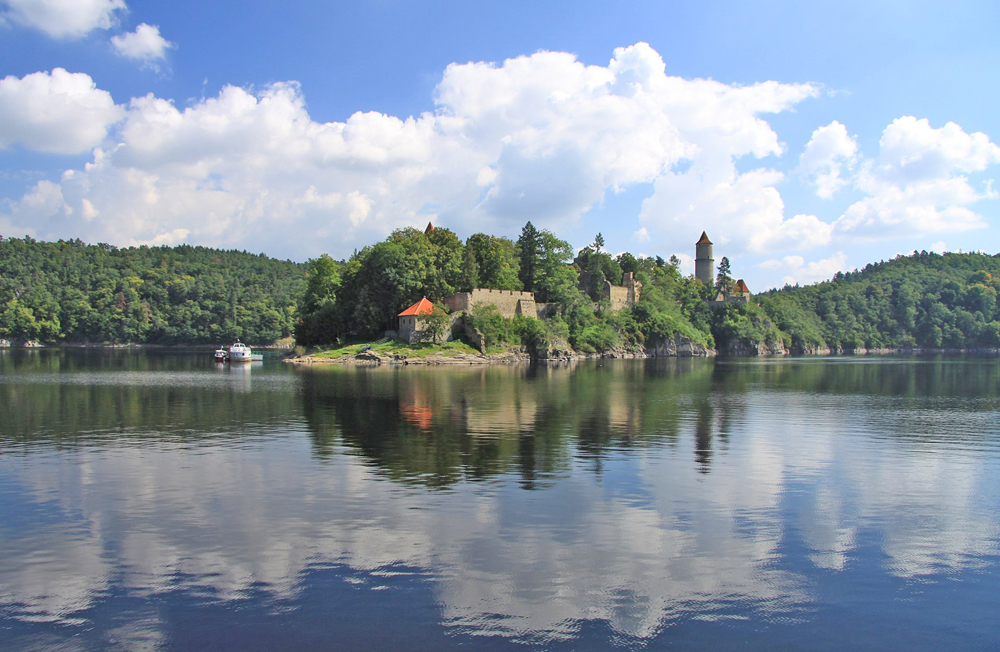 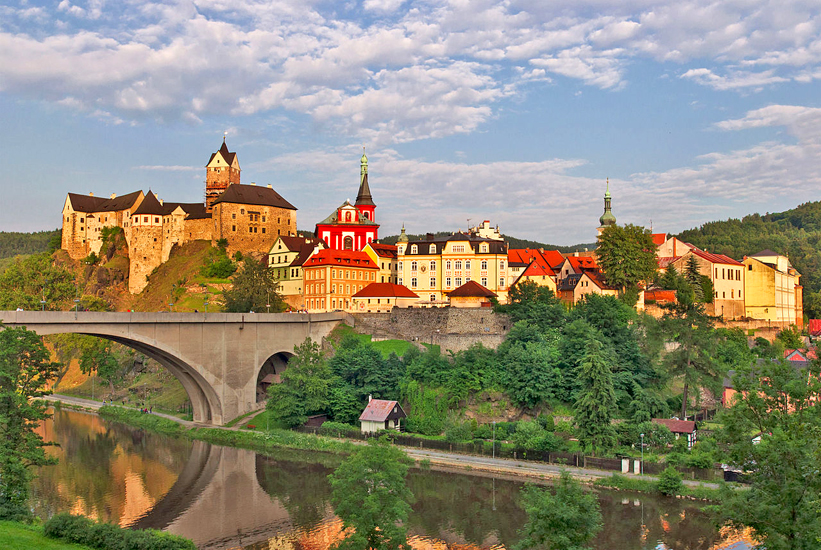 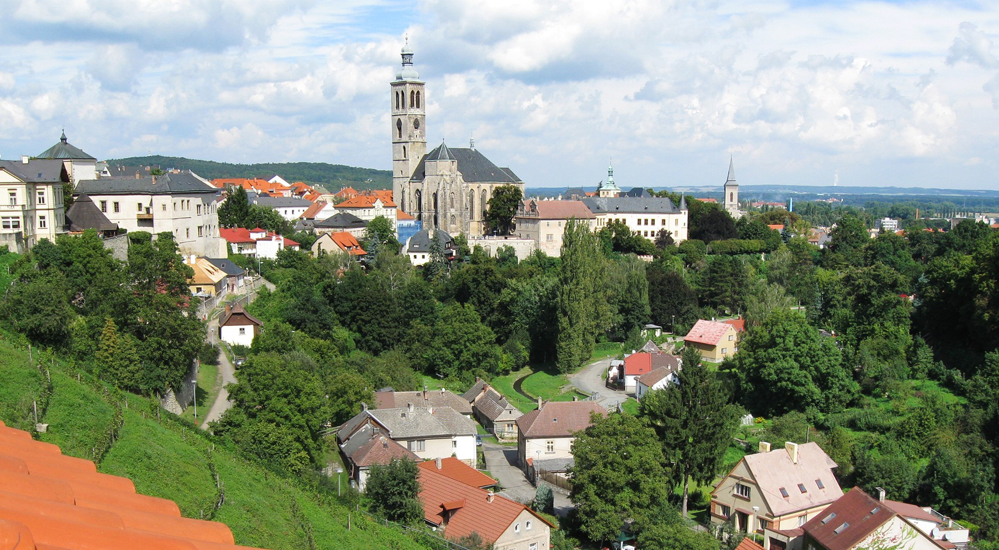 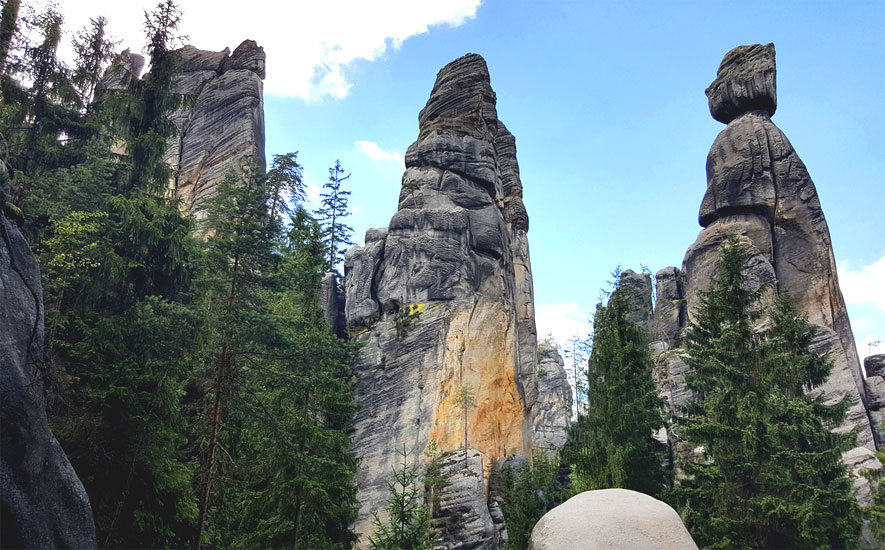