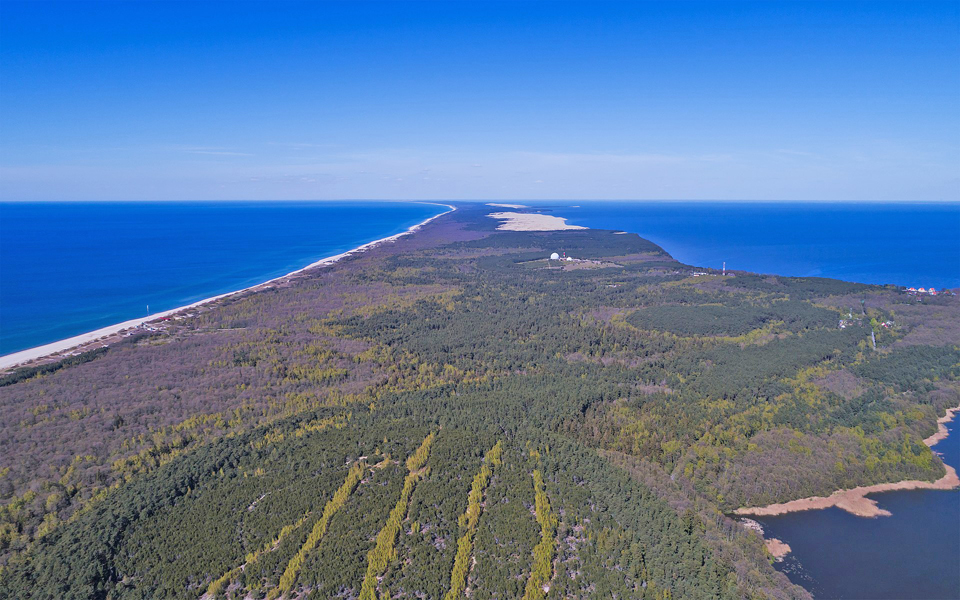 The Curonian Spit  is a 98 km long peninsula on the north coast of Samland. It begins in Lesnoi and ends at the Memeler Tief. Since 1945 the northern 52 km belong to Lithuania and the southern 46 km to the Russian Oblast Kaliningrad.

The Curonian Spit is located on the eastern coast of the Baltic Sea. Consisting mainly of sand, a strip of land stretches for 98 km from the Lithuanian Klaipeda to the Russian Zelenogradsk, forming an unusual landscape of sand dunes.The entire territory of the Curonian Spit has been declared a national park. It is approximately equally divided between Russia and Lithuania, and if natural attractions are equally represented in both halves.

The territory of the Curonian Spit is entirely protected by two national parks. The Lithuanian part represents the Kuršiu Nerija National Park, created in 1991, the Kurchskaïa Kossa National Park, created in 19872, occupying the Russian part. Both parks also include an aquatic area spread over the Curonian Lagoon and the Baltic Sea.The area has been a World Heritage Site since 2000.

The Lithuanian part of the spit in particular is a popular travel destination. The center of tourism is the town of Nida, where there are hotels, apartments, campsites and restaurants. The Russian part of the spit is less developed for tourism, not least because of the visa requirement for Russia. Most of the holidaymakers on this side of the spit come from Russia and Belarus.

Access : Coordinates: / Most visitors get into the spit either by a ferry from Klaipėda to Smiltynė, or a bus from Zelenogradsk , The only road on the peninsula along the Neringa Municipality is 167 Smiltyne-Nida. 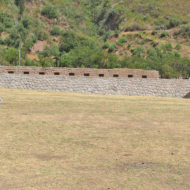 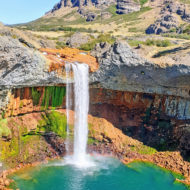