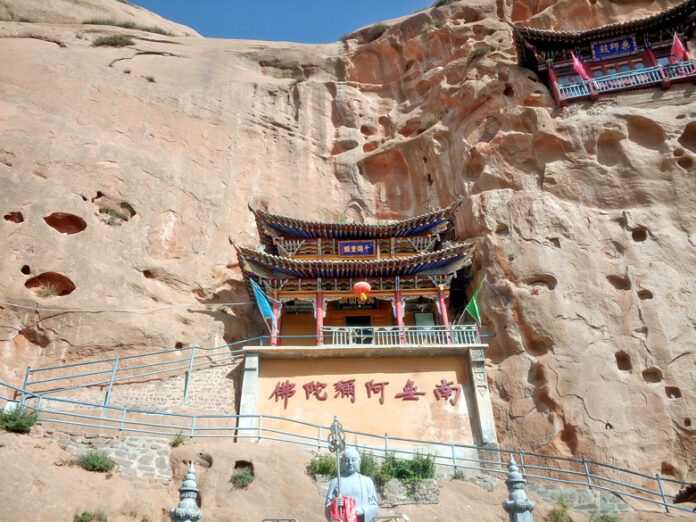 Mati Temple or Matisi.. also known as the Horse’s Hoof Temple, is a Buddhist temple complex located in a rock , is one of the most important Buddhist cave temples in China. It is located in the Linsong Mountains in Sun’an Yugui Autonomous County, Zhangye Urban District, Gansu Province. According to legend, a heavenly horse (Chinese Pegasus) descended from heaven and left a footprint of its hoof, which can still be seen on the walls of the grotto (Mati Hall). This gave the name to the temple.  This trail is now one of the main attractions of the temple.

Access : Coordinates: 38.486384, 100.417321 / Location: Sunan Yugu Autonomous County, Zhangye Urban District, Gansu Province. /  Nearest city: Zhangye, Gansu province, China. / Bus that departs every 30 minutes from Nanguan Bus Station in the south of Zhangye City. The bus goes to the village of Sunan , but you will need to get off in the village of Mati Si village, and from there take a local taxi or take a minibus and drive 7 kilometers to the entrance to the temple.