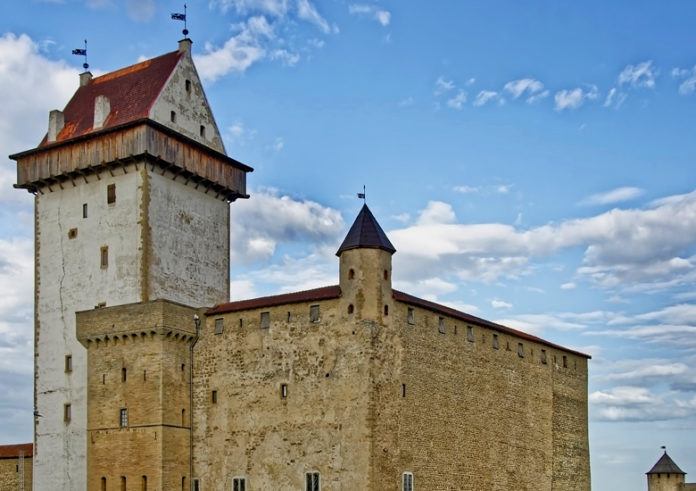 Narva is the easternmost city in Estonia, at the Russian border.Understand : Most of the about 70,000 inhabitants are ethnic Russians. Narva-Joesuu is a nearby seaside resort at the Gulf of Finland. The city of Narva was founded by Denmark in the Middle Ages. Narva became part of the Swedish Empire, and during the Great Northern War, Swedish king Charles XII defeated the Russian Army here. Due to the heavy damage of the Second World War, Narva had to be almost completely rebuilt. This is why the city is dominated by Soviet architecture today. Narva’s “modern” Town Hall, for example, is a prime example of typical Soviet architecture. Over 90% of the current population are Russian-speakers, mostly either Soviet-era immigrants from parts of the former Soviet Union and their descendants.

There’s plenty to do in Narva, concerts, annual festivals and open-air shows that take place both in the inner yard of the Narva Castle and elsewhere in the town, such as in the newly-built ice skating stadium.

Talk : Russian is spoken and understood by virtually everyone. If you are able to speak the Russian language, you will be fine. Estonian is spoken as the second language mainly by the younger generation (as learning Estonian at schools became compulsory after Estonia declared independence in 1991). Older people are likely to have zero knowledge of Estonian. English is spoken (or at least understood) by younger people, but the degree of proficiency may vary greatly. Street signs are Estonian-only or in Estonian and English.

Access : Coordinates: 59.375833, 28.196111 / Bus and train schedules are easily available online –  By train :  Edelaraudtee AS runs a daily train from Tallinn, departure time is 16:00 and it arrives at 19:30. Also, the daily over-night train between Moscow and Tallinn train operated by GoRail makes a stop-over here, journey time from Moscow is 11½ hours. Departure time from Moskva Leningradsky station is 18:05, from Tallinn 17:20.

The 1 Narva Train Station is on Vaksali 23B, just southeast of the city centre.

By bus :  A trip from Tallinn or Tartu to Narva takes three hours and costs around €10. The bus station is just in front of the train station. Get around :  Narva can be explored on foot

Attractions : 1 Hermann Castle / Narva Museum, St.-Peterburi mnt. 2.  M-Su 10:00-18:00, winter: W-Su 10:00-18:00. Founded at the end of the 13th century by the Danes. In 1347, the Danish king sold Northern Estonia to the Livonian Order. After that the castle was turned into a convent with a massive tower named Hermann. During World War II the castle and the tower were severely damaged. After 30 years of restoration, the castle was reopened in 1986. The Castle tower overlooks the Ivangorod castle on the Russian side of the river and offers an eclectic display of Estonian and Narva history. The park around the Hermann Castle is for free and allows for good pictures. Tickets are €4.
2 Pimeaed (Blind Garden), Pimeaia tn. This is Narva’s oldest part, an example of park architecture from the end of the 19th century. Though, you might be surprise what that just means.
3 Narva Bastions, Raja tn . M-F 10:00-18:00 Sa Su 10:00-16:00. Seven bastions were built in the 17th century: Victoria, Honor, Gloria, Fama, Triumph, Fortuna, and Spes. Work has been started to dry and light the bastions. Victoria bastion is the largest and most impressive one of all bastions, with 2-storey casemates, and marked here. €4/2 adult/child.
4 The Lords Resurrection Cathedral (MPEOK Narva Issanda Ulestousmise Peakiriku Kogudus), Bastrakovi tn 4 . It was built in 1890-1896 for the Orthodox Christian workers of Kreenholm Manufactory. The architectural style comes from Byzantine tradition. You can see three part iconostasis and 17th century’s crucifix of Christ. The bombing of the city in 1944 during the Second World War left only the church untouched.
5 Narva Art Gallery (Narva kunstigalerii), Vestervalli tn 21 . 10:00-18:00. The gallery is the art centre of East-Viry County. It is located in an 18th-century ammunition warehouse. In addition to the permanent collection, exhibitions of modern Estonian and Western European art are organized and a traditional art party takes place on the last Sunday in May.
6 Narva Town Hall (Narva raekoda), Raekoja plats 1 . 10:00-18:00. Erected in 1668-1671, German, Swedish and Italian architectural influences are mixed in the building style of the Town Hall. The design stems from Georg Teuffel, a former architect from Lubeck. Approved in Stockholm, the design was amended by Dutch classicism elements. Nikolaes Millich built the Baroque entrance portal. Heavily damaged during World War II, restoration was carried out between 1956-1964. Not open to public.
7 Narva Alexander Church (Aleksandri Suurkiriku tornimuuseum), Kiriku tn 9 . Built in 1881-84 by Otto Hippius, who also constructed the Sangaste Castle in South Estonia, the building represents historicism with elements of classicism. The building was financed by Ludwig Knopp, owner of the Krenholm Manufacture. In commemoration of the deceased Alexander II, his name was used. The Alexander Church was damaged during both world wars. The bell tower was destroyed in 1944 along with the Walcker organ that was located there. Between 1962 and 1990 the church was not active but used mainly as storehouse. Today the church’s bell tower has been restored. You can visit the bell tower and the observation platform installed there, as well as a museum where artworks from the 14th to 21st century are displayed. Tower & museum: €3.
8 Kreenholm area and Kreenholm Textile Factory, Joala tn 20. The famous Kreenholm Textile Factory was built on the shore of the waterfall in the 19th century, and was the largest factory in the Russian Empire at that time. In 1913 over ten thousand people worked there! A compact complex of industrial architecture developed around the factory that included the factory, a hospital, workers’ barracks, directors’ houses, and Kreenholm Park.
9 T-34 Tank, Joesuu tn (Between Narva and Narva-Joesuu). The monument commemorates battles of World War II and indicates breakthrough of Soviet forces. Narva’s tank is the only such memorial being exhibited in Estonia from the war until today

Go next : Narva-Joesuu / Sillamae / Rakvere / Mustvee / Tartu / Lahemaa National Park / Tallinn / Ivangorod – On the Russian side of the river, and Saint Petersburg.