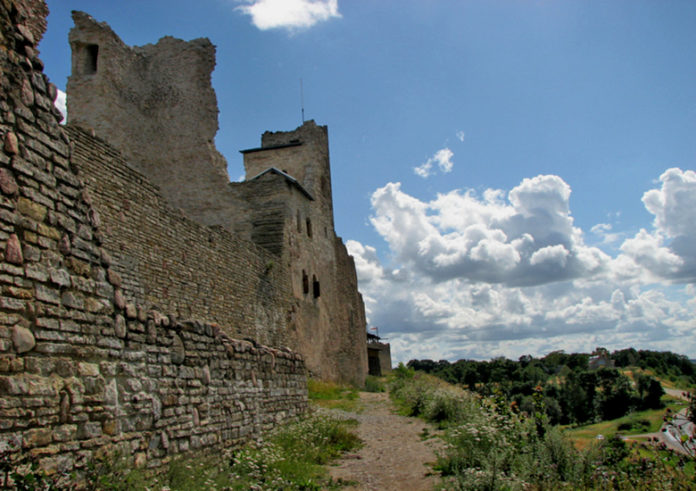 Rakvere  is Estonia’s fifth largest city and situated the northern part of the country, 20 km south of the Gulf of Finland and approximately 100 km east of Tallinn, Estonia. Understand : Its earliest signs of human settlement date back to the 3rd-5th century. Nowadays, Rakvere is an attractive and rapidly developing town with quite an interesting character. The modern Rakvere perfectly reflects the phenomenon of the Estonian province: with visible lowliness and calm, a turbulent cultural life flows here. Every day there is a play or a movie in the theatre, there are a lot of cafes and restaurants in the city, and the architecture is diverse and quite original. Rakvere is the place where the first Estonian Punk Song Festival took place. It’s also the host to the well-known international rock music festival “Green Christmas.” Since 1994, a biannual international theatre festival, called Baltoscandal has taken place in the unique, friendly and slightly crazy atmosphere of Rakvere. The city is also known in Estonia for its youthful hip-hop and electronic music scene. So it’s no wonder, that the motto of Rakvere is “full of power”.

Access : Coordinates: 59.35, 26.35 / By bus : Rakvere Bus Station, Laada 18a. 06:45–20:00. Modern glass pavilion with benches, cash desks and R-kiosk. The schedule is displayed above the ticket offices, so it can be read directly from the street. However, it is arranged in a completely mysterious way, contrary to any principles of design and structuring of information.
Rakvere has regular bus connections to Tallinn (every hour, 1.5 hr), Tartu (every two hours, 2 hr 10 min) Narva (every two hours, 2.5 hr), Johvi and to a number of other cities.

By train : Rakvere Railway Station, Jaama 6a (1 km to the north-east of the city centre). The building of the station is actually a shop, so you might believe that no trains go from here. Unfortunately, the original building of the station in Rakvere was not preserved.
Edelaraudtee runs a Tallinn-Narva train twice a day, which stops in Rakvere, and another train just to Rakvere (1 hr 20 min). With their help you can come to the city in the morning and return to Tallinn in the evening.
GoRail also operates the Tallinn-Moscow line, which also stops in Rakvere.

Get around : The major landmark is the castle and its mountain, which stretches from north to south, along Pikk Street to the west – the most historic part of the city. The central square (Turu plats) is located in a couple of blocks to the east.
By foot : Most attractions of Rakvere are within walking distance. The most distant point of interest is the railways station in the north of the city. / By bus : The public transport buses are operated by GoBus Rakvere – there is a total of 5 bus lines. All of them go at intervals every hour and are unlikely to be useful to the traveler, as the sights are in walking distance.

Attractions :
1 “Tarvas” Bull Statue (Tarva kuju / Wild Herbivore), Kreutzwaldi 1 (located near the old castle ruins). It’s considered to be the largest animal statue in the Baltics.
2 Rakvere’s town square (Turu plats). A small square in the centre of Rakvere, and probably the most modern in Estonia.
Lutheran Church of the Holy Trinity (Rakvere Kolmainu kirik), Pikk 19,  This is a late medieval church with an unusually high and slender spire that was built in the 17th century.
4 Orthodox Church of the Nativity of Theotokos (Christmas Church / Church of Nativity of the Most Holy Mother of God / Estonian Orthodox Chruch of Moscow Patriarchate / MPEOK Rakvere Jumalaema Sundimise kirik), Tallinna 17,
5 The Church of St. Paul, Voimla tn 1. From a distance this building resembles a workshop. In fact, it is a church built in the late 1930s in the style of radical radicalism.
Rakvere Citizen’s House Museum (Rakvere Linnakodaniku muuseum), Pikk 50 . Tu-Sa 11:00–17:00 (until 15:00 in winter). Museum of folk life, recreating the situation and occupation of the inhabitants of Rakvere in the first half of the 20th century.
8 Estonian Police Museum (Eesti politseimuuseum), Tallinna 3 . Tu-Sa 10:00–18:00. A largely interactive museum, designed to tell visitors about the daily work of police.
9 Rodewal Manor, Vahtra allee (behind the railway station). A country estate on the edge of Rakvere.
Pikk Street – Completely preserved pre-revolutionary buildings, a kind of “assorted”: stone mansions of the Russian type, typical for the Baltic wooden houses and, of course, the ubiquitous brick style.
Wooden architecture – In addition to the various houses of the 19th century – more interesting from the ethnographic point of view – there are very nice buildings in the spirit of Art Deco.
Pre-revolutionary stone architecture – Represented by the dark red building of the court (Tallinna tn 3, 1786-87), where the exhibition house is now located, and the neighbouring manor house (Tallinna tn 5),

Activities :
1 Rakvere Order Castle (Burg Wesenberg), Vallimagi . Mar/Apr/Oct W-Su 10:00-16:00, May/Sept daily 10:00-18:00, Jul-Aug daily 10:00-19:00, in winter on group request. The first fortifications on the castle hill appeared at the beginning of the 13th century, when conquered by the Danes. In those years there was either a wooden one, or an unpretentious stone fortress, which the Russians tried to capture. After the transition of Estonian lands from Denmark to the Livonian Order, in the middle of the fourteenth century, a large, well fortified castle was built on the site of the old one. Some fragments can still be seen to this day. At the turn of the 16th-17th centuries, the castle was destroyed in the course of numerous wars between Sweden, Poland, and Russia. Afterwards, the locals used the ruins as a source of stone, until the first attempts of restoration began at the beginning of the 20th century. However, the main restoration was already in the late 1970s. Nowadays, it is something in between ruins and a full-fledged castle. The castle is very picturesque (inside and outside). To get inside you will have to buy a rather expensive ticket, which includes various amusements like archery, smithy, ancient armour, and the notorious “hell” chamber. In the summer, the castle works in a medieval style tavern (with no potatoes), but if its visit is not included in your plans, you can confine yourself to an external examination. Regular visit: €9/7 adult/discount (one can bargain down to discount, pretending not to be interested).
2 Rakvere Teatre, Kreutzwaldi 2a . On the weekends there are usually performances, on weekdays – cinema, and in the cafe sometimes arrange concerts. The pride of the locals. It is believed that Rakvere is the smallest city in the world, which has its own theatre and theatrical company. This location is the historical centre of Rakvere: ancient Estonian settlements were located here, and it also features the Rakvere Cultural Center. Formerly a classical farmstead, it was converted to a theatre in 1940 with the addition of a new building. Although, the manor and the theatre are made in completely different styles (the theatre itself is impregnated with the spirit of functionalism), they look surprisingly harmonious. Behind the building a pretty landscape park with ponds can be found.
The repertoire of the theatre are 20 productions, although it is not very clear who in Rakvere works on them.
3 Rakvere Spordikeskuses, Kastani 12. A modern sports complex, to which the stadium adjoins. Inside the gyms, climbing wall, mini-golf course and, of course, a sauna. edit
4 Aqva Hotel&Spa, Parkali 4. 09:00–22:00. A swimming pool, water park and sauna. It is not necessary to spend the night in the hotel. It is much cheaper to settle in a more modest place and go for a couple of hours to swim. €8-12 for 2.5 hr (2013).