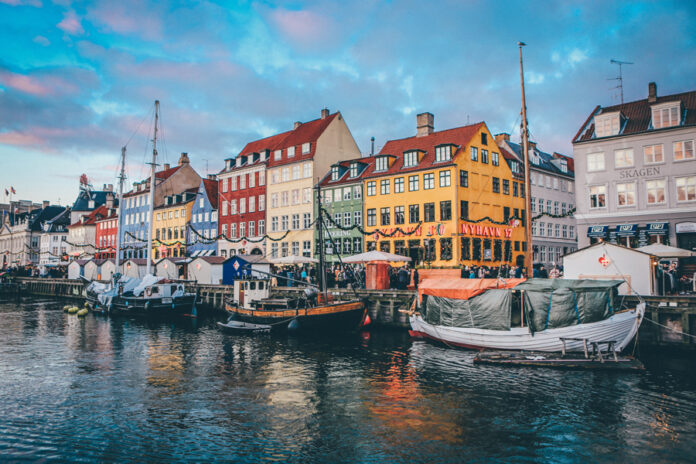 Nyhavn  is a central is a port district in the Danish capital, Copenhagen, and one of the city’s main attractions.
The picturesque Copenhagen port of Nyhavn is also called the New Harbor. Its length is about a kilometer. A canal was dug here in 1671 to connect the city to the sea. Since then, this place has been a real pride of the Danish capital. The project was developed by the royal engineer Ruzenstein. The city’s name “Copenhagen” translates as “merchant’s harbor”. So after the construction of the port of Nyhavn, merchant ships entered the very center of the city.

The canal stretches from New Royal Square to the mooring front-port south of the Theater House. Along the canal there are many colorful townhouses from the 17th and 18th centuries, bars, cafes and restaurants. Many historic wooden ships are moored in the canal.
There are many shops, boutiques, restaurants and cafes. Nyhavn has become a favorite destination not only for locals, but also for tourists.

Go next : The 1.1 kilometre Strøget, along with its pedestrianised side streets, is one of the longest pedestrian streets.