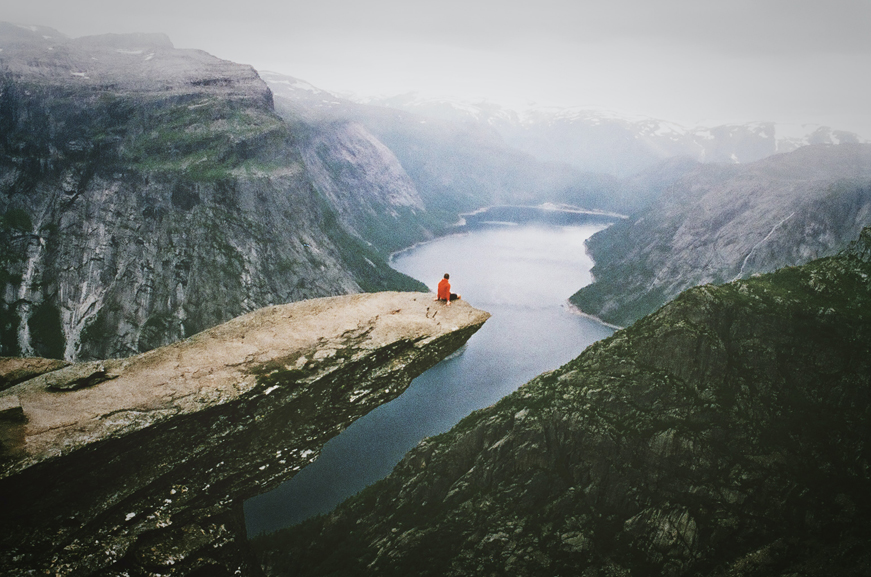 Trolltunga (“The Troll’s Tongue”) is a horizontal rocky outcrop in Norway, which is about ten kilometers northeast of Odda on the Sørfjord.

The “Troll’s Tongue” was formed when a piece of rock broke away from the Skjeggedal mountain massif, however, due to its relatively light weight, it did not fall down, but hovered at an altitude of 350 meters above the river. Now under the rock “Trolltunga” there is an artificially created (as a result of a dam of the river) Lake Ringedalsvatnet. Mount Skjeggedal itself is located about 10 kilometers from the town of Odda.
This rock is a nose around 10 meters long, which tapers with a height of five meters at its beginning to a few centimeters at the top.The cliff dominates the valleys of the Hardangervidda region, it is surrounded by peaks exceeding 1,500 meters in altitude.
From 1911 to 2004 Trolltunga was accessible via the Mågelibane, a funicular, which, however, is no longer in operation due to technical problems. In the meantime, the entire distance, around 28 km there and back, has to be covered on foot. There is also a via ferrata on the mountain, which can also be used to reach the ledge.

Go next : The town of Odda / Folgefonna glacier / Road 13 south of Odda  runs across Låtefossen waterfall. 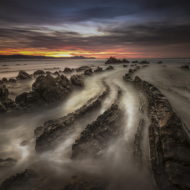 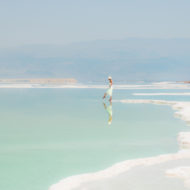