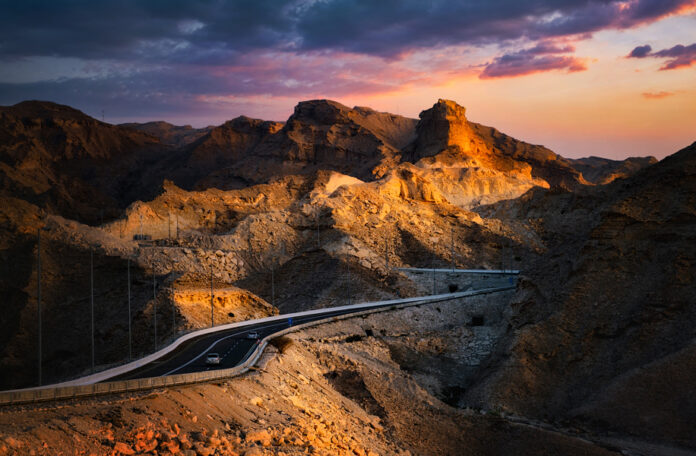 A well-known tourist center of the region, located at the top of which there is an excellent view of the entire area.The Jebel Hafit is a popular tourist destination. At the foot of the mountain is the Green Mubazzarrah. There are thermal springs here that flow together to form a lake. The Jebel Hafit itself is criss-crossed by a cave system, it is also the natural habitat of bats, snakes, foxes and many more.

Access : Coordinates: 24.058611, 55.7775 / Mount Jebel Hafeet is located on the territory of the Emirate of Abu Dhabi, practically within the city of Al Ain. The drive from most cities in the United Arab Emirates takes 1-2 hours.

Activities : sightseeing / photo opportunities / trekking / cycling / You can ride a camel or horse in the park, and they even offer to go to the mountains on a magnificent Arabian horse / sightseeing trip.

Go next : At the foot of Jabal Hafeet lies the “Green Mubazarrah” which is a major tourist attraction. / The Al Jahili Fortress , a fine example of Arab military architecture. / The eastern fort ,also called the fort of Sheikh Sultan bin Zayid Al Nahyan.